The Road to a Better Life 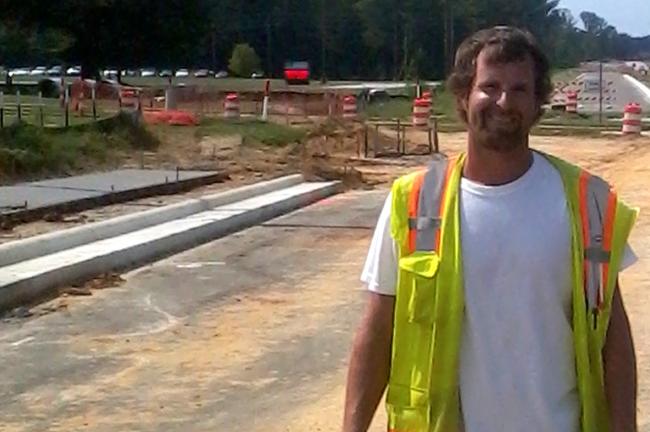 “I’m amazed at who I’ve become because of Wake Tech.”

At 32, Jason McDaris is about to get married, just bought his first home, and has a career that’s on the fast track. It’s the kind of life he once thought was out of reach. As a high school dropout in Florida, Jason earned his GED and went to work operating surveying equipment. In 2007, he moved to Sanford, North Carolina, to do the same. The move proved to be a turning point: In 2009, Jason quit his job to enroll full time at Wake Tech.

In two years Jason had earned an associate’s degree in Surveying Technology; the next year he completed a second associate’s degree in Civil Engineering Technology. “Wake Tech’s small classes, hands-on learning, and interaction with instructors helped me succeed,” he says. He landed a job as a transportation technician with an international consulting firm, and is currently working on a major road-widening project in Lillington.

Jason is a first-generation college grad who has made his family proud – and his fiancé, inspired by his success, has now enrolled at Wake Tech. “I had never even owned a computer,” he says, “and now I have two college degrees! I’m amazed at who I’ve become because of Wake Tech.”