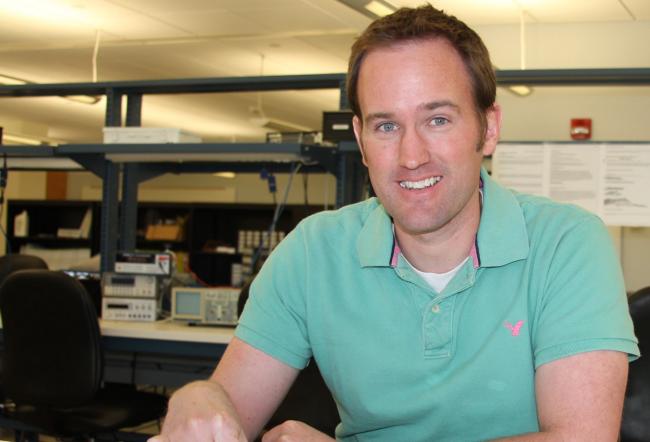 “The instructors at Wake Tech really prepared me to succeed.”

Thirty-two-year-old Matt Purvis has plans for the future – designing cell phones and other communication devices – and he tends to accomplish what he sets out to do. Matt, who lives with his family in Garner, served in the U.S. Army for six years before enrolling at Wake Tech in 2009 as a college transfer student in pre-engineering. With college credits he had accumulated over the years, Matt was able to complete an Associate in Science degree in just one year. He graduated from Wake Tech and promptly enrolled at NC State. The transfer, he says, was smooth and seamless: “I didn’t miss a beat. The quality of Wake Tech’s math, science, and physics classes made it an easy transition.”

Matt is working on a bachelor’s degree and a master’s degree in electrical engineering concurrently at NC State, maintaining a GPA of 4.0. His efforts were recognized by NCSU, when he received the 2012-2013 College of Engineering Faculty Senior Scholarship Award, a prestigious undergraduate honor recognizing academic, extra-curricular, and community achievement. Matt represented the Electrical Engineering department as he competed for the award against top students from eight other departments. The award includes a $5,000 prize that he says he will use toward tuition. “The instructors at Wake Tech really prepared me to succeed at NC State,” Matt says. “It’s been a lot of hard work, but it is definitely paying off!”