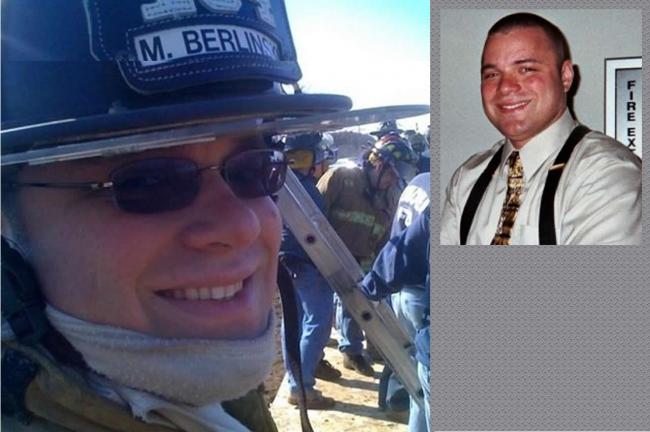 “My life changed the moment I came to Wake Tech.”

Twenty-nine-year-old Mat Berlinski is a firefighter in his home state of New Jersey. He loves his career now, but 11 years ago it was the last thing on his mind. As a freshman at Seton Hall University, Mat struggled. After skipping classes and ignoring homework assignments, he was placed on academic probation. Mat knew he had to make a change. When his parents decided to relocate to Raleigh, Mat left Seton Hall and moved with them. He enrolled at Wake Tech to pursue a degree in Criminal Justice Technology.

It was a much better experience! Mat eagerly attended classes and absorbed the material. He was finally excited about education and says department head Janie Slaughter deserves the credit. “Her enthusiasm inspired me to learn,” Mat says. “She was the most positive educational influence on my life.” In 2003, Mat earned an Associate in Applied Science degree. He returned to Seton Hall and a year later graduated with a Bachelor of Science degree in Criminal Justice.

He decided to pursue the career he always wanted: he became a firefighter and hopes to one day work as arson investigator. Mat says his success is no accident. “My life changed the moment I came to Wake Tech.”