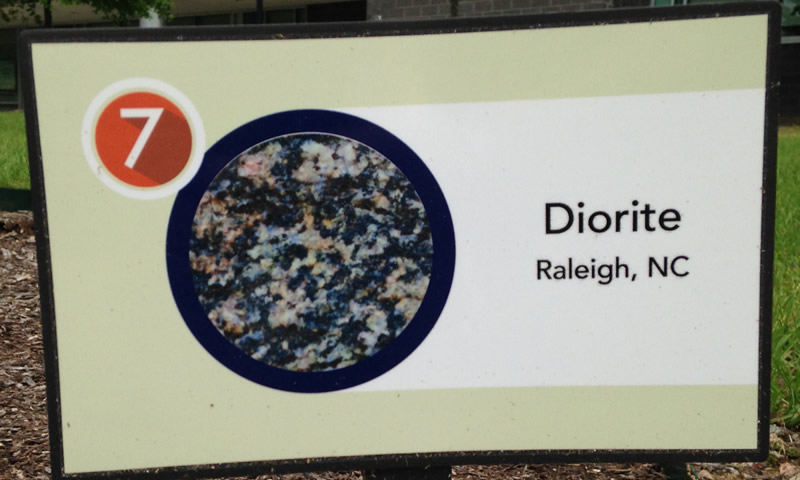 Description:
At a distance, this boulder is flat medium gray, but when you look closely, you’ll notice large black, gray, orange, and green speckles throughout. 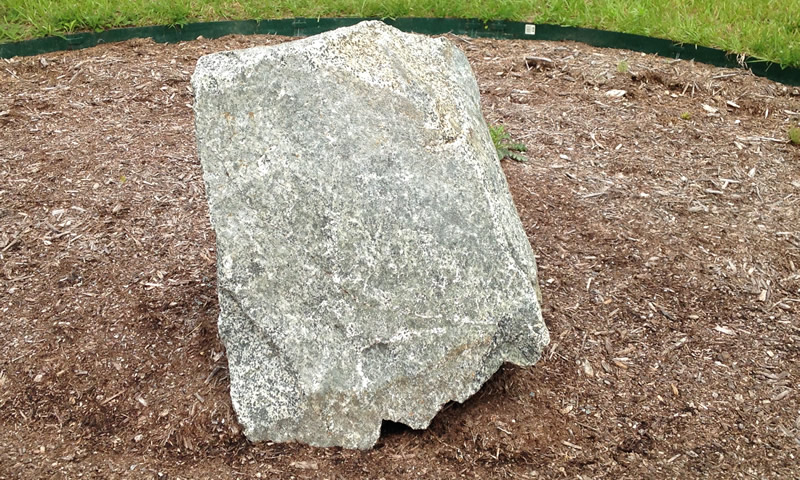 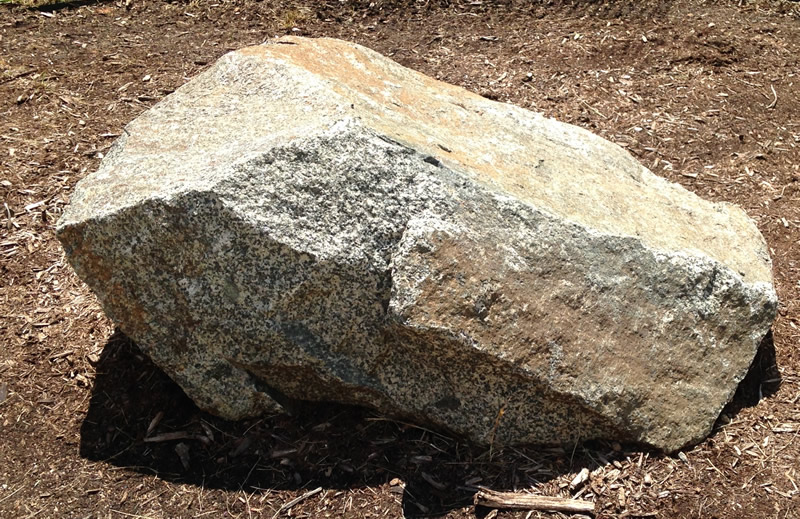 Unique features:
The large minerals, and the mix of light and dark-colored minerals. 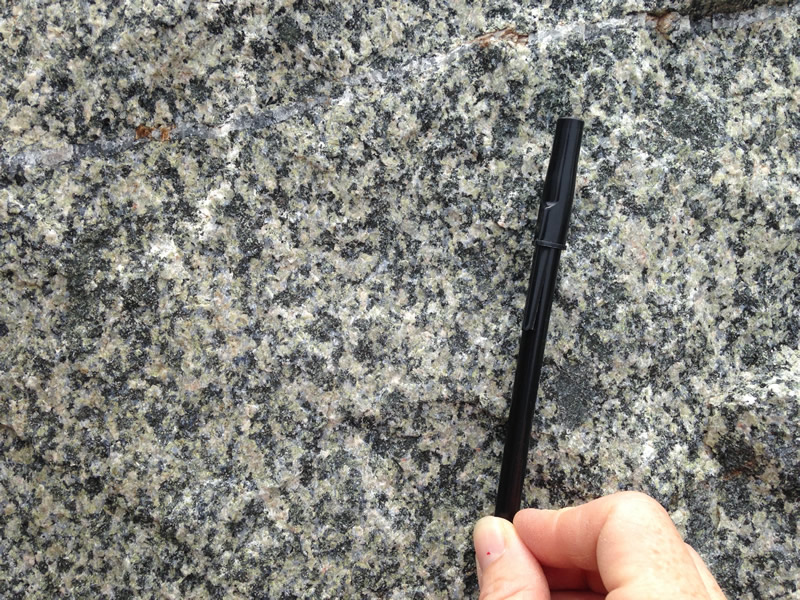 Figure 3: The surface of the diorite with a hand and black ballpoint pen for scale.  Notice how large the minerals are, easily visible to the naked eye. 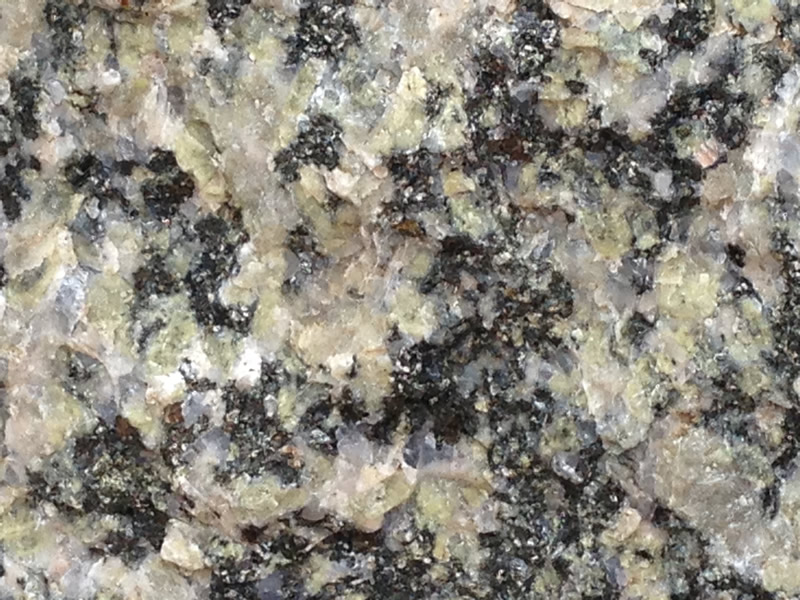 Figure 4: A magnified view of the surface of the diorite. Notice all of the different minerals in this image. The black may be hornblende or amphibole, the green is likely epidote, white and orange are types of feldspar.

How did it form?
Diorite is a course-grained igneous rock that forms when magma rich in silica cools slowly deep within the Earth’s crust.

How would a geologist figure out how it formed using rock characteristics?
Laboratory experiments have demonstrated that when molten rock material cools quickly, minerals in the resulting rock are very small, often microscopic. The longer the molten magma is allowed to cool, the larger the minerals become in the resulting rock. The visible grains in the diorite, therefore, suggest that the molten material that was to form the diorite cooled slowly in a warm environment deep in the earth’s crust, allowing the crystals time to grow to their large-enough-to-be-seen size.

Other interesting information?
Igneous rocks are found all around the world and based on where different rocks are found and the plate tectonic settings in those places, we have observed that rocks that contain the minerals found in the diorite tend to form at volcanoes over subduction zones. Based on many lines of evidence, geologists hypothesize that the rocks that makeup North Carolina and much of the Southeastern United States formed at volcanic arcs over subduction zones millions of years ago that later collided with each other to form the larger continent of North America. This diorite is part of the evidence for this.