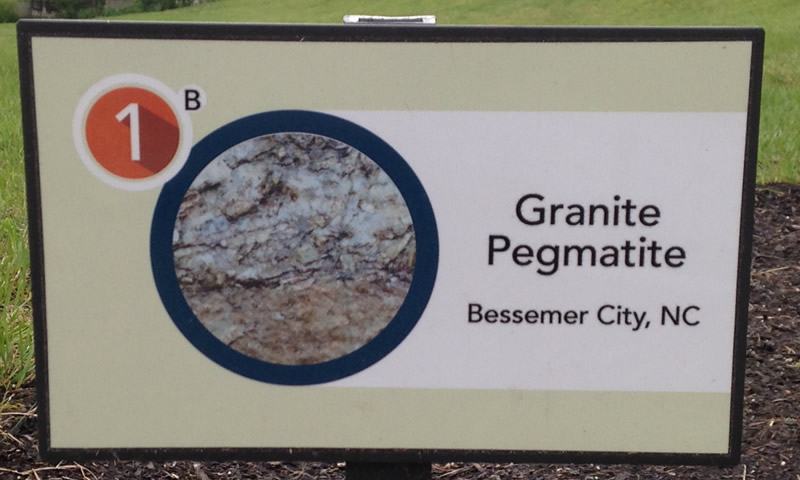 Description:
This is a light gray-to-white rock that contains obvious large mineral crystals. 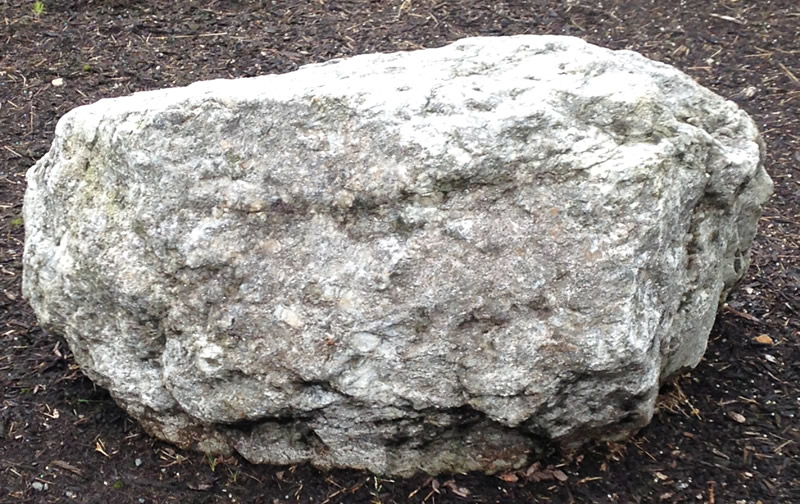 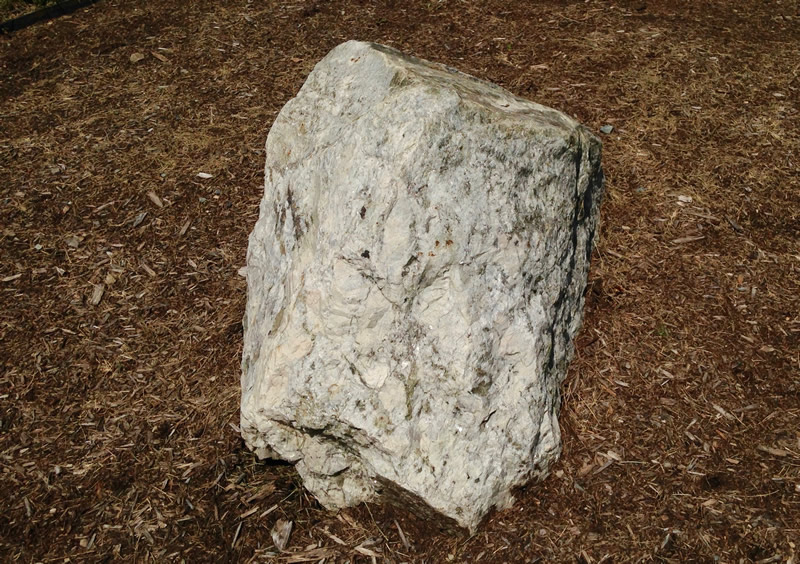 Unique features:
Very large minerals! In igneous rocks, the term “coarse-grained” means the minerals are large enough to be seen with the naked eye. In a pegmatite like this, the minerals are much larger than that, up to several centimeters long and wide. The largest minerals in this rock include muscovite (a flat, gold or silver mineral), quartz (a blocky, gray mineral), and feldspar (a white mineral with very flat reflective sides that will form rectangular prisms). 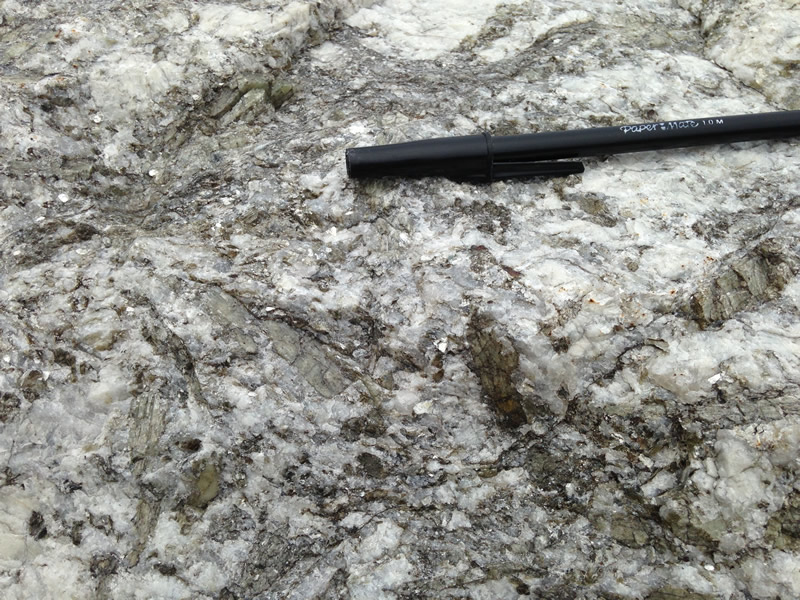 Figure 3: Granite pegmatite showing a large muscovite crystal to the right of center in the image (it is a slightly darker oval). Black ballpoint pen for scale. 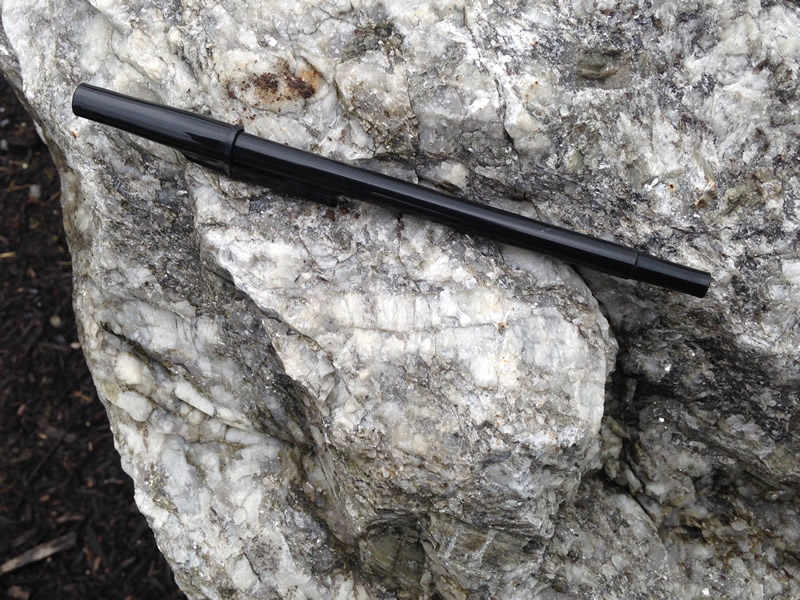 Figure 4: A close-up of the granite pegmatite showing the immense size of a white feldspar crystal.  The crystal is located just below the black ballpoint pen and is almost as long as the pen. 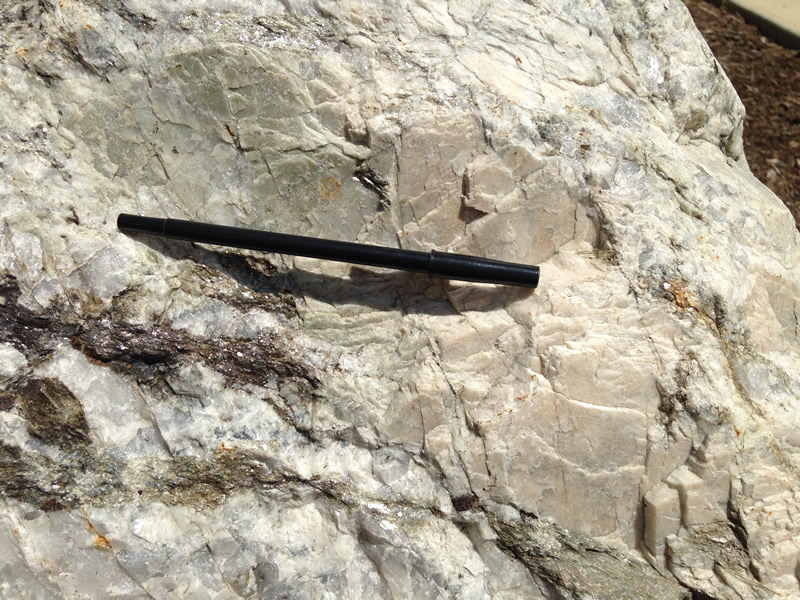 Figure 5: Another close-up of the granite pegmatite showing a massive feldspar crystal. This one surrounds the black ballpoint pen and is nearly twice as long as the pen and at least as tall as the pen is long.

How did it form?
Granite pegmatite forms when molten rock material with a high silicate content cools and crystallizes very slowly deep within the Earth’s crust. In order for the minerals to get so big, the rock must have cooled for a long time; and likely there were other factors at play, such as super-heated, mineral-rich water circulating through the magma as it cooled.

How would a geologist figure out how it formed using rock characteristics?
In igneous rocks, the size of the crystals tells us how long it took for the rock to cool. Laboratory experiments have demonstrated that when molten rock material cools quickly, minerals in the resulting rock are very small, often microscopic. The longer the molten magma is allowed to cool, the larger the minerals become in the resulting rock. The incredibly large minerals in this rock suggest a very long cooling time for the molten material.

Other laboratory experiments have shown that the presence of water in magma as it cools facilitates the forming of extremely large minerals. Therefore, it is likely that water circulated through the magma as it cooled; otherwise, this would have been a coarse-grained granite, but not a granite pegmatite (with extremely large crystals).

Other interesting information
Granite is the state rock of North Carolina, and in general is a very common rock in the continental crust. However, granite pegmatite, with large mineral crystals, is relatively rare.