Designing an App for That 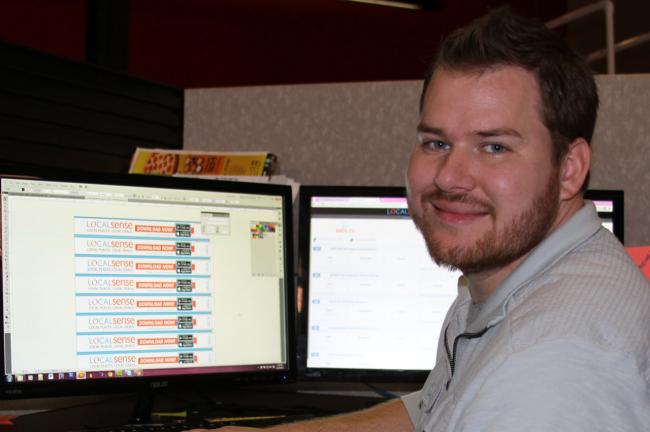 “Wake Tech offered me real-life training, skills that I could use to get a job.”

Brent Parsons’ career is all about dollars and “sense.”  The 31-year-old is a project manager at LocalSense, a Raleigh start-up that has designed a mobile coupon app for Android and iPhones.

He landed the job just three years after earning an associate’s degree in Simulation and Game Development from Wake Tech. He first worked for a game company before deciding to try mobile app design. “I use the skills I learned as a student at Wake Tech every day,” Parsons says. “The instructors have a passion for teaching and they’ve been in the industry – it’s a valuable combination that improved my educational experience.”

Parsons chose Wake Tech because of its affordability and convenient campuses. “The value for what you get is incredible,” he says, “and I should know – I graduated twice!” Parsons earned an associate’s degree in Math his first time out and then came back for Simulation and Game Development to boost his employability. “Wake Tech offered me real-life training, skills that I could use to get a job,” Parsons says, and he’s currently aiming for a bachelor’s degree in Computer Science at NC State. “Why stop now?” he says. “I’m on a roll!”