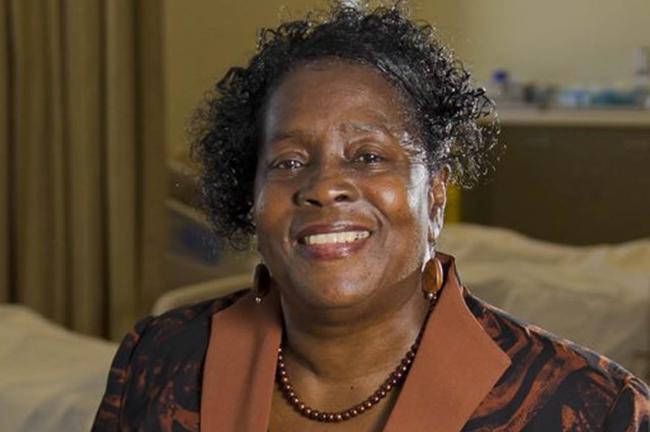 “Wake Tech has been a blessing to me – and to all the people I helped as a nurse.”

As a new wife and mother, Avalon Taylor had big dreams when she was 18 years old. She was certain of two things: she didn’t want to be a housewife, and she didn’t want to become a nurse! But her plans took an unexpected turn when she saw a television ad for the licensed practical nursing (LPN) program at Wake Tech (then called W.W. Holding Industrial Education Center). “The commercial said you could have a career for $60,” Taylor says. “My husband drove me there, and I signed up!”

The program was taught at Wake Memorial Hospital (now Wake Med) in Raleigh. The work was hard, Taylor remembers, and the instructors strict but supportive. “They were very approachable,” she says, and “always willing to listen.” Taylor’s husband and extended family were also behind her – even neighbors helped with childcare so she could attend classes. In 1964, she became one of Wake Tech’s first nursing graduates, and the only African-American in her class of 11 women.

After graduation, Taylor began a career in nursing that would span 46 years. She worked at Wake Memorial Hospital, WakeMed Health & Hospitals, the Wake County Jail, Holly Hill Hospital, and the NC Correctional Institution for Women. Along the way, Taylor returned to Wake Tech to further her education, earning an associate’s degree in nursing in 1992. She retired in 2010.

Taylor says her life would not be the same without Wake Tech. “That commercial changed my life. Wake Tech has been a blessing to me – and to all the people I helped as a nurse.”