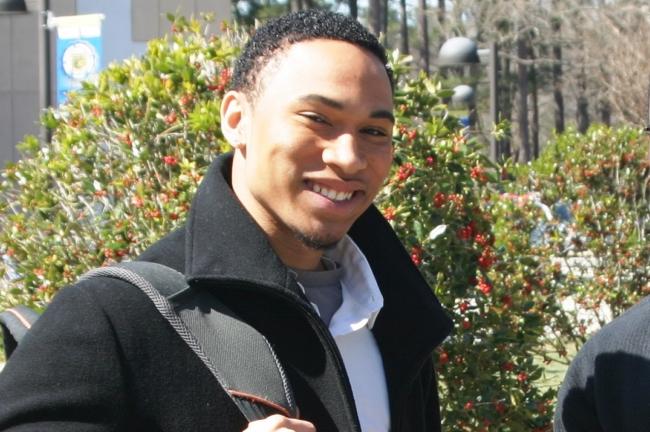 “When I joined the Pathways mentoring program I had no idea it would change my life as much as it has!”

Andrew “Drew” Moody was a quiet 19-year-old just getting started on a college education when he discovered Wake Tech’s Pathways Leadership Initiative. The program offers counseling and mentoring to minority males to help them reach their goal of earning a college degree. Pathways was just what Drew needed as he worked to overcome some of the challenges in his life. “When I joined the Pathways mentoring program I had no idea it would change my life as much as it has!” he says.

Drew took advantage of the workshops Pathways offered, as well as college tours and leadership opportunities. He became one of the program’s most inspirational members, and helped persuade others to join as well.
In May 2011 Drew graduated with an Associate in Arts degree. “I walked into my first Pathways group session as a boy who was unsure of himself,” Drew says, “but when I walked across the stage at graduation, I did so as a confident young man, more determined and more professional.”

Drew is now transferring to UNC-Greensboro to pursue a bachelor’s degree, and thanks to the Pathways program he knows he’s ready: “I can honestly say that the knowledge, mentors, and friends I gained from Pathways have nearly guaranteed my success in life.”