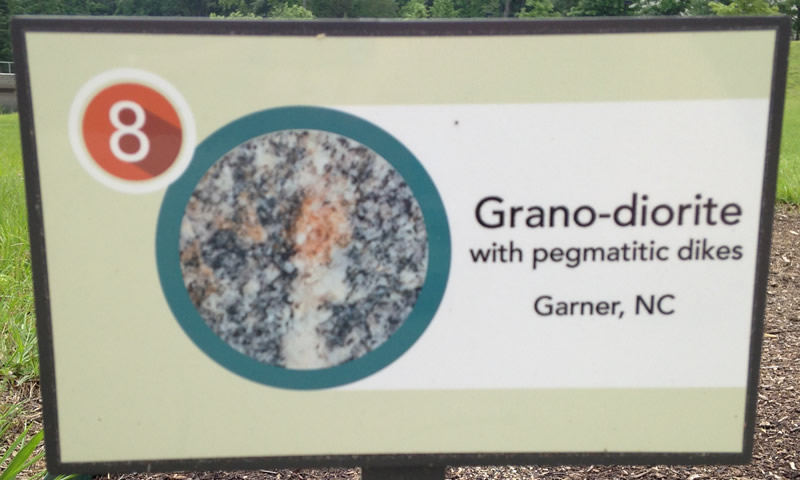 Description:
A boulder that has two different rock types in it: grano-diorite and pegmatite. The grano-diorite is a coarse-grained rock with gray, pink, black, and white speckles and makes up the majority of the boulder. Cutting through the grano-diorite are thick lines of pegmatite, which have extremely coarse grains in white and pink. 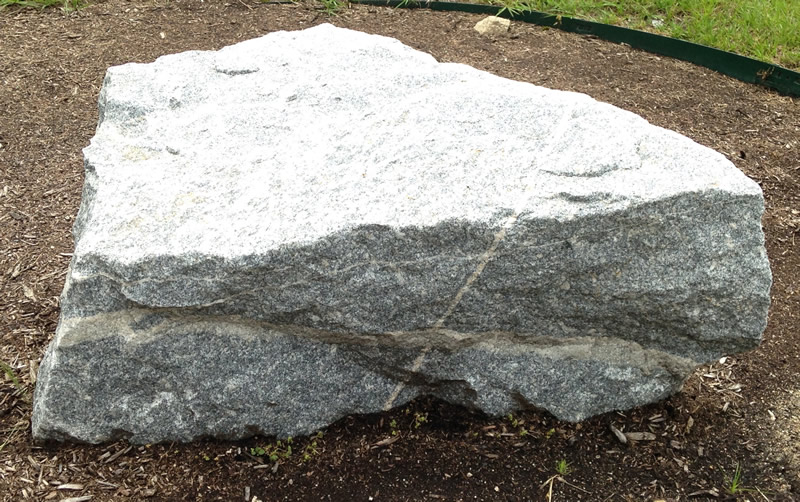 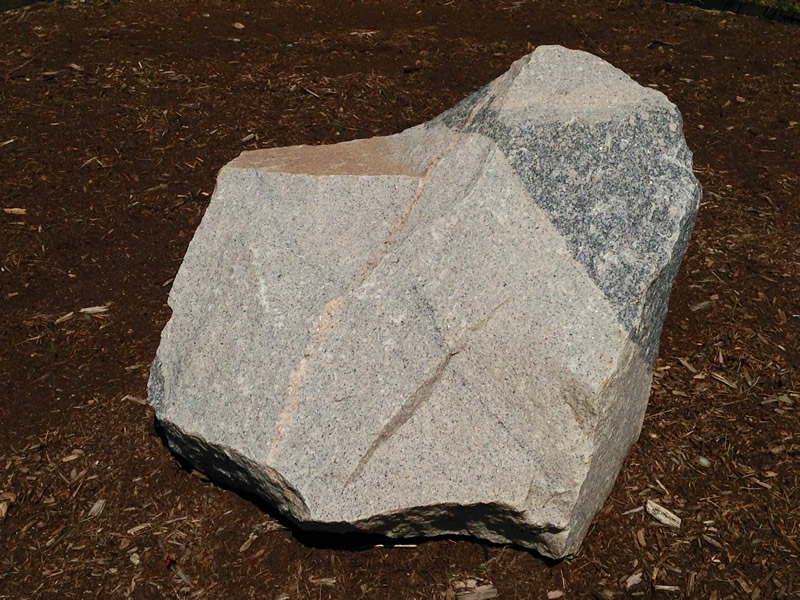 Unique features:
In the grano-diorite, the visible grains of quartz, feldspar, and other minerals, and in the pegmatite, the large feldspar grains. 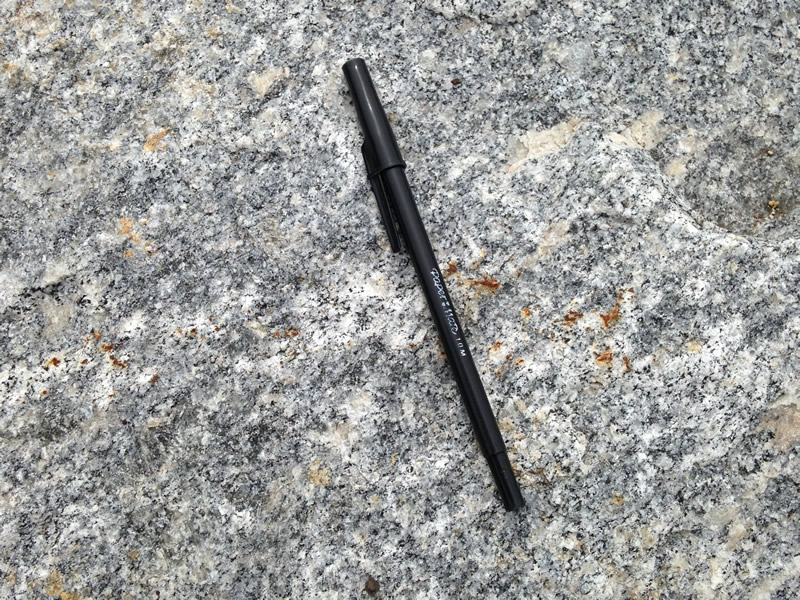 Figure 3: The surface of the grano-diorite with a black ballpoint pen for scale.  Notice the visible crystals and their various colors. 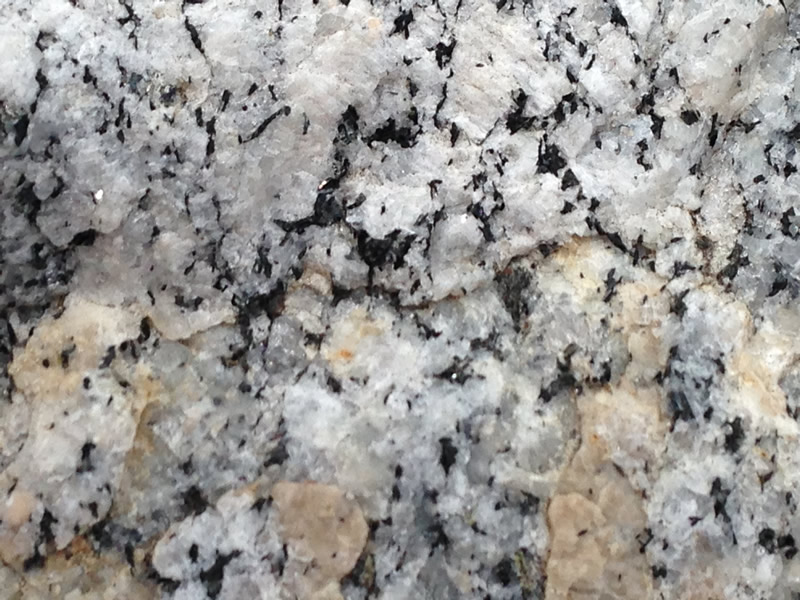 Figure 4: A close up image of the grano-diorite showing the minerals. In this image, you can see the minerals feldspar, quartz, hornblende, and amphibole. 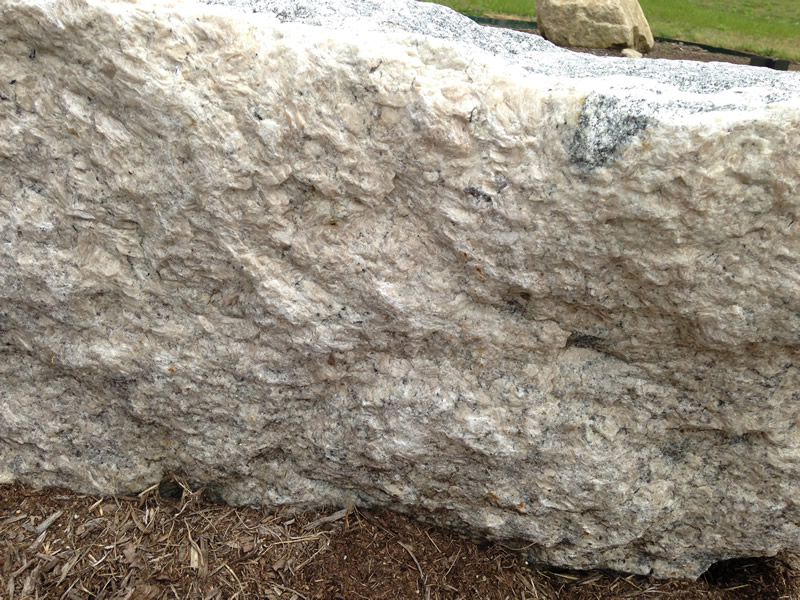 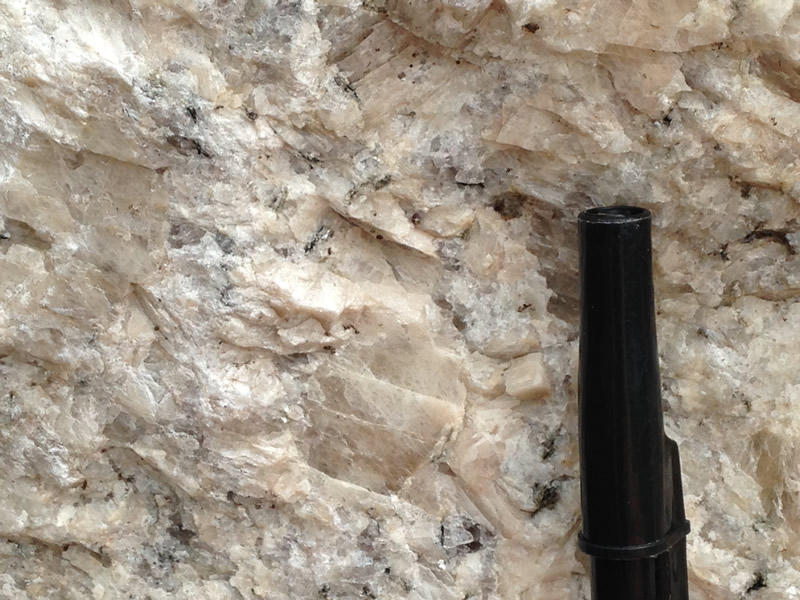 Figure 6: An close-up of the pegmatite showing the large sizes of some of these minerals. Black ballpoint pen cap for scale.

How did it form?
Both grano-diorite and pegmatite are igneous rocks that form when molten magma cools slowly deep within the Earth’s crust. These rocks have slightly different chemical compositions, and one rock is cutting through the other, which suggests that there were several steps involved in forming this rock.

How would a geologist figure out how it formed using rock characteristics?
Examining the grano-diorite, we notice that it has visible grains and the light colors of the minerals. The large, visible grains would suggest that the rock cooled slowly deep within the crust. Laboratory experiments have shown that the length of cooling of magma determines the size of the resulting mineral grains; the longer the cooling, the larger the minerals are able to grow. The light color of the minerals suggests that the source for the magma that cooled to form this rock was likely derived from melting of continental crust.

Examining the pegmatite, we notice the extremely large minerals, most of which are over three centimeters long. Minerals this large are unusual, and can only form when there is a long amount of time to allow the minerals to grow and the presence of super-heated water to help organize the elements in the melt into minerals. 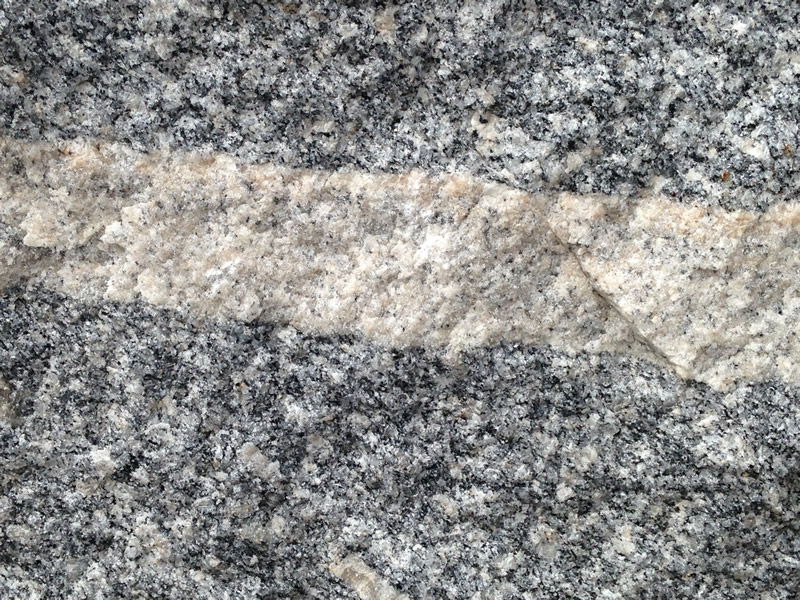 Other interesting information?
This rock was quarried from the Garner quarry, which contains an incredible amount of this material. It is thought that the quarry pit has dug just into the top of what is called a “batholith”, a gigantic underground form of course-grained igneous rocks. This particular batholith likely formed when two continents collided, causing friction along their edges. This friction would have generated incredible amounts of heat, causing some of the rocks in the continental crust to melt, and then cool back down to form the grano-diorite. The pegmatite would have intruded later, due to some other plate tectonic event.