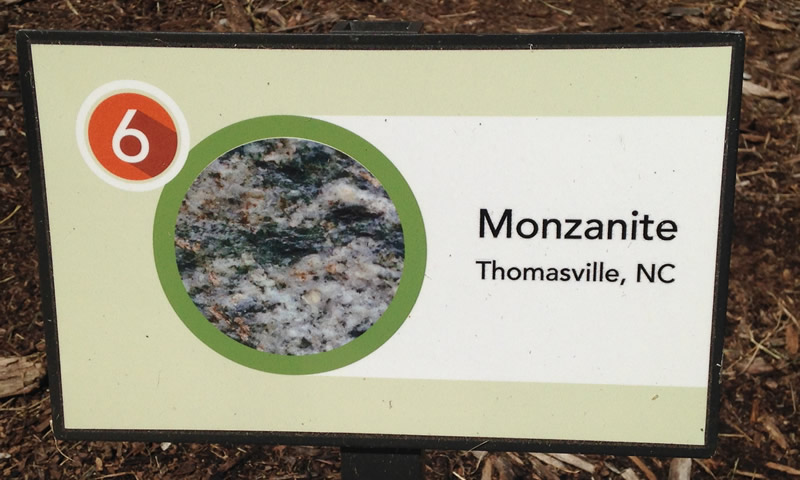 Description:
This boulder is composed of two rocks: monzanite and basalt. The monzanite has large black and white speckles, making it look almost like chocolate chip ice cream. The basalt is a smooth medium gray, and forms lines that cut through the monzanite. 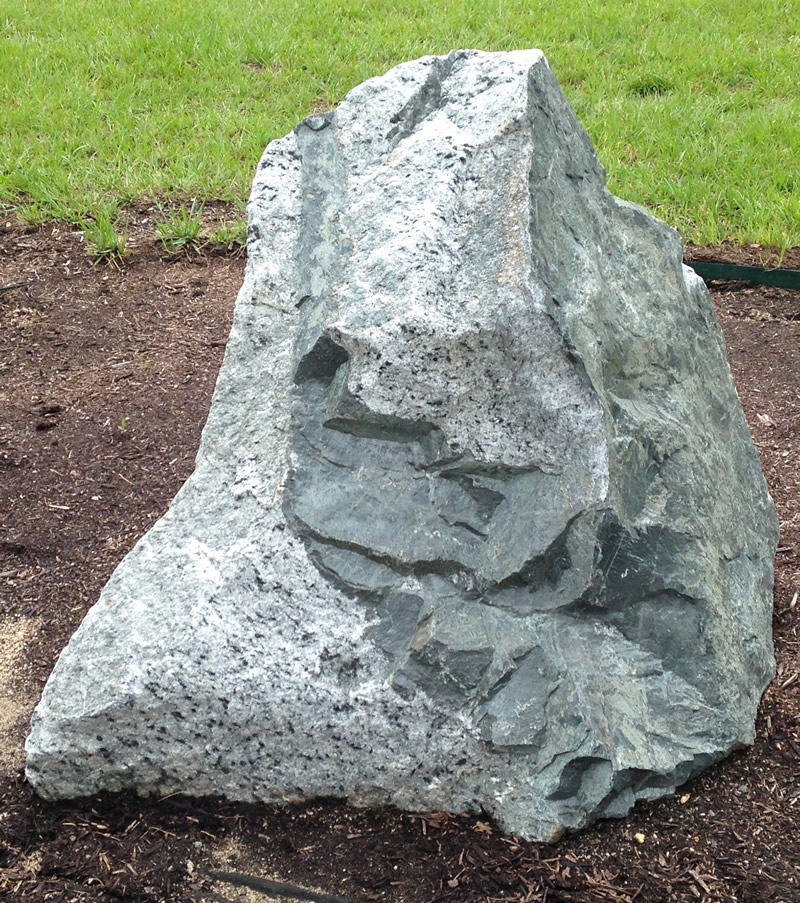 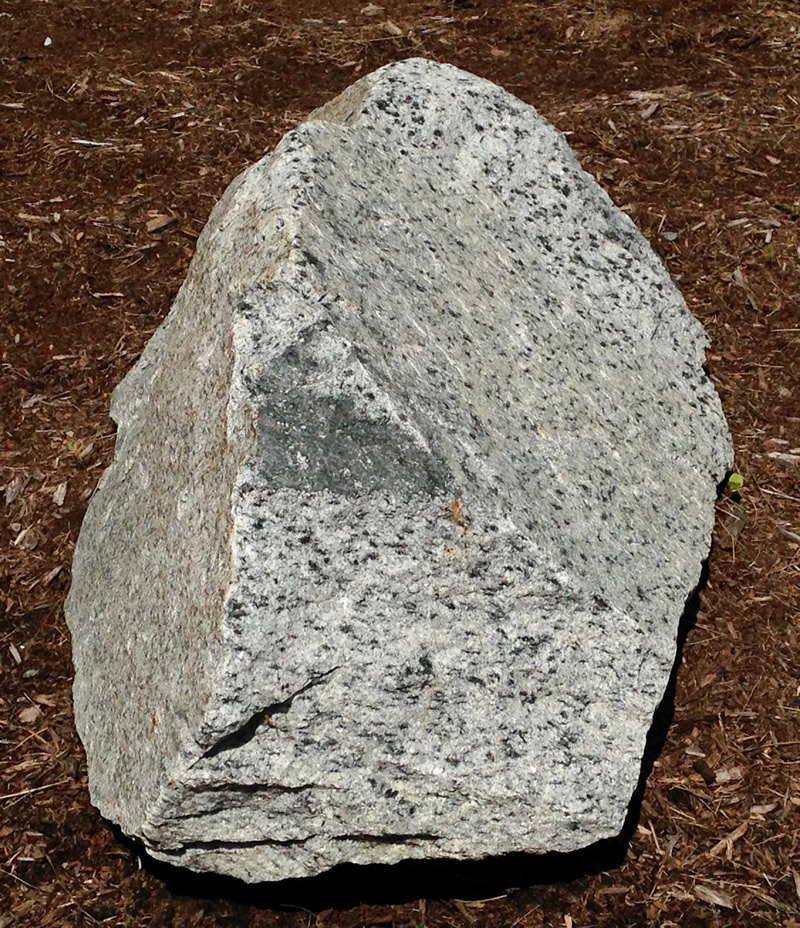 Unique features:
In the monzanite, the dark minerals are larger than the light minerals. Also, in the monzanite, if you look at the rock from the correct angle, you may notice that the black minerals are all arranged in a particular orientation (which is a feature called lineation). In the basalt, the mineral grains are too small to be seen with the naked eye. 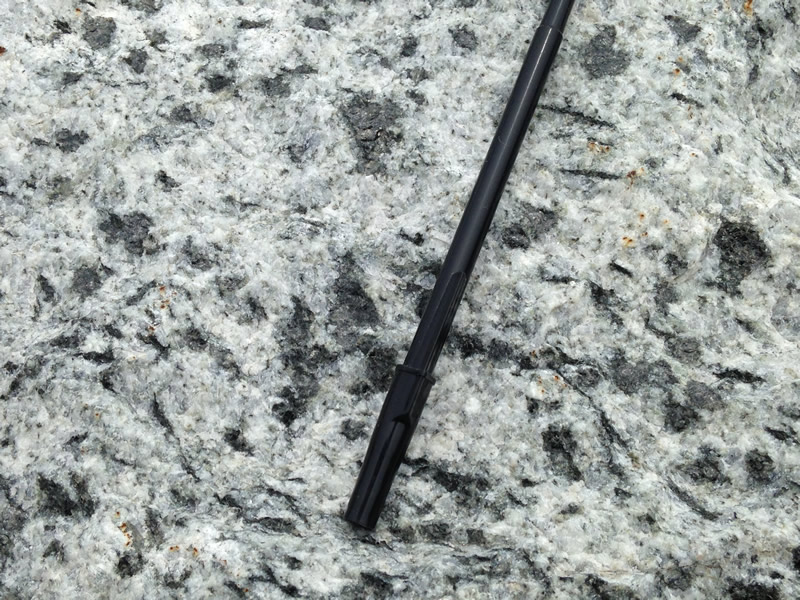 Figure 3: The monzanite surface. Notice that the black minerals are larger than the white ones. This likely reflects details of the cooling history of the rock. Black ballpoint pen for scale.

Figure 4: Close up of the basaltic dike. Notice that the minerals are all dark gray or green, and that they are very small. Their miniscule size suggests rapid cooling.

How did it form?
Monzanite is a coarse-grained igneous rock, which means that it formed by very slow cooling of magma deep within the Earth. The basalt dikes that cut across the monzanite are fine-grained igneous rocks, meaning that they formed by rapid cooling of lava near the Earth’s surface. The monzanite has also experienced some metamorphism, resulting in the lineation.

We can tell that the monzanite is the older of the two rock types because the basalt has cut through it to form thin vertical forms. Logically, the basalt could not have assumed these forms on its own without the monzanite already there to support the cooling lava that would become the basalt. 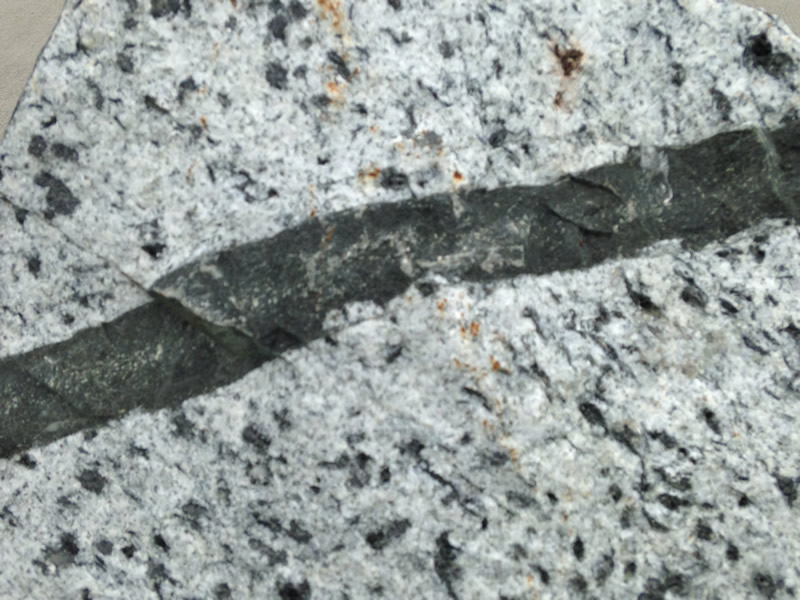 The lineation, or lining up of darker colored minerals, that we see in the monzanite is another interesting feature. It suggests that at some point after the monzanite formed, it was subjected to high heat and pressure, which caused a small amount of metamorphism to occur. High heat and pressure are the only things that can cause minerals to change shape and rotate like we see here to form the lineation. 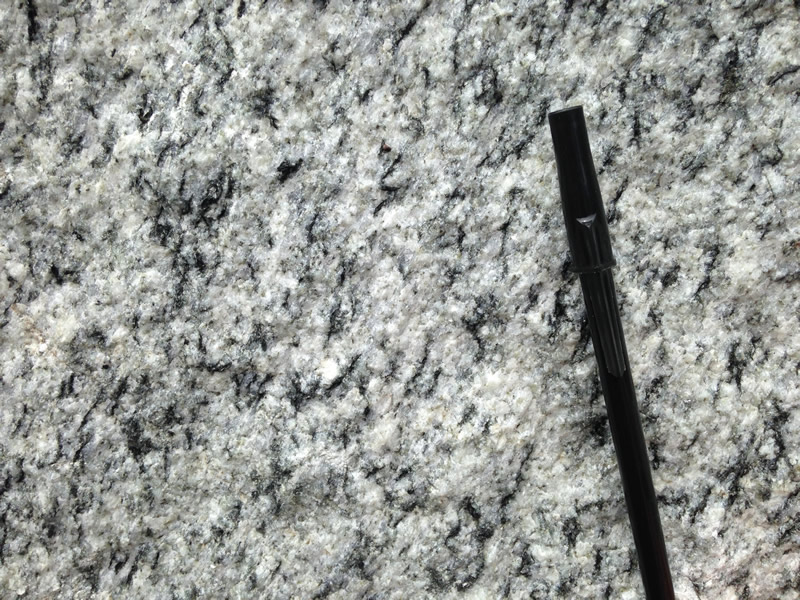 Figure 6: The surface of the monzanite showing the lineation, or way that the dark minerals have aligned themselves. The lineation in this image runs top to bottom. Black ballpoint pen for scale.