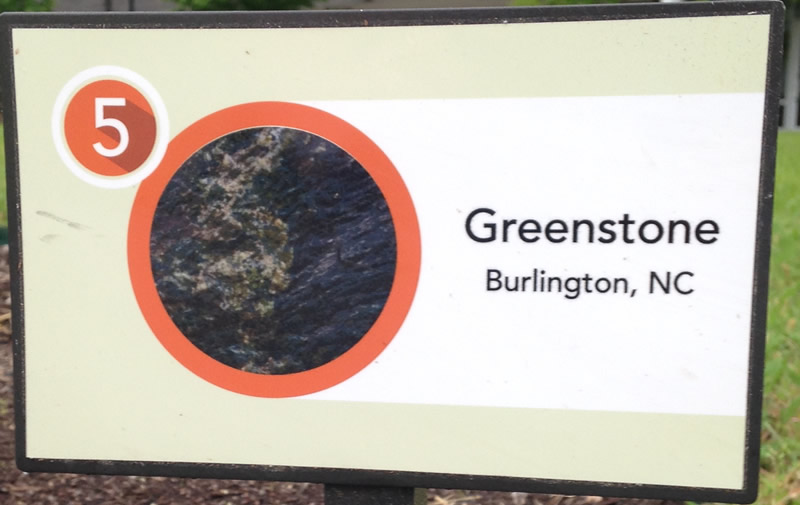 Description:
This boulder has an iridescent green and gray sheen to it.  In patches, there are black and white speckles, and places where the rock looks scraped, which are called slickensides. 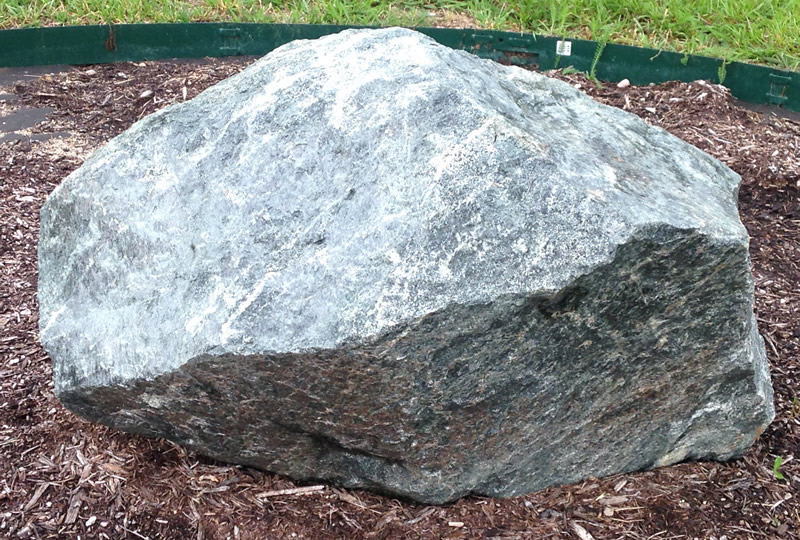 Unique features to look for: Green minerals, diorite intrusions, slickensides, and very faint foliation. Diorite intrusions are places where magma partially melted parts of the boulder and then cooled to form the igneous rock diorite. Diorite has coarse-grained black, gray, and white minerals. Slickensides are permanent marks that are made as rocks rub past each other along a fault. 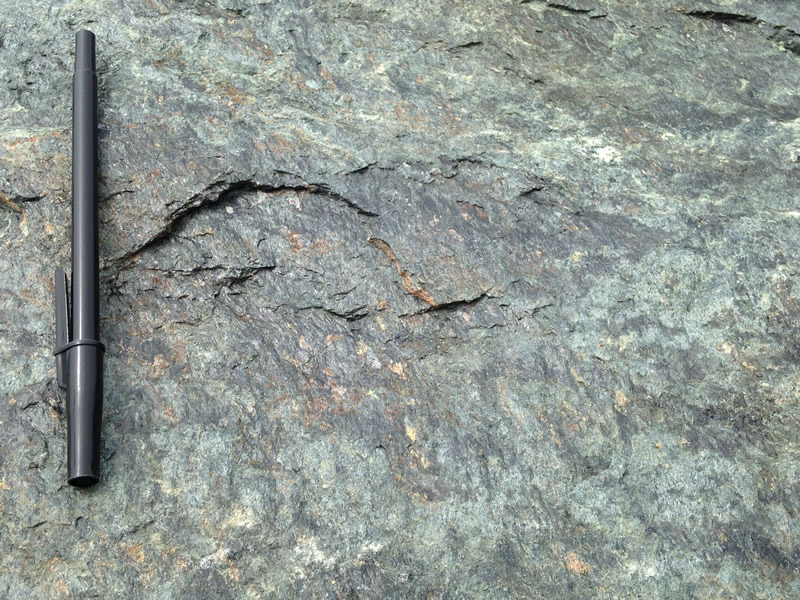 Figure 3: A close-up of the greenstone's surface showing its flat mottled green color. The minerals are very small, and foliation is not very obvious. Black ballpoint pen for scale. 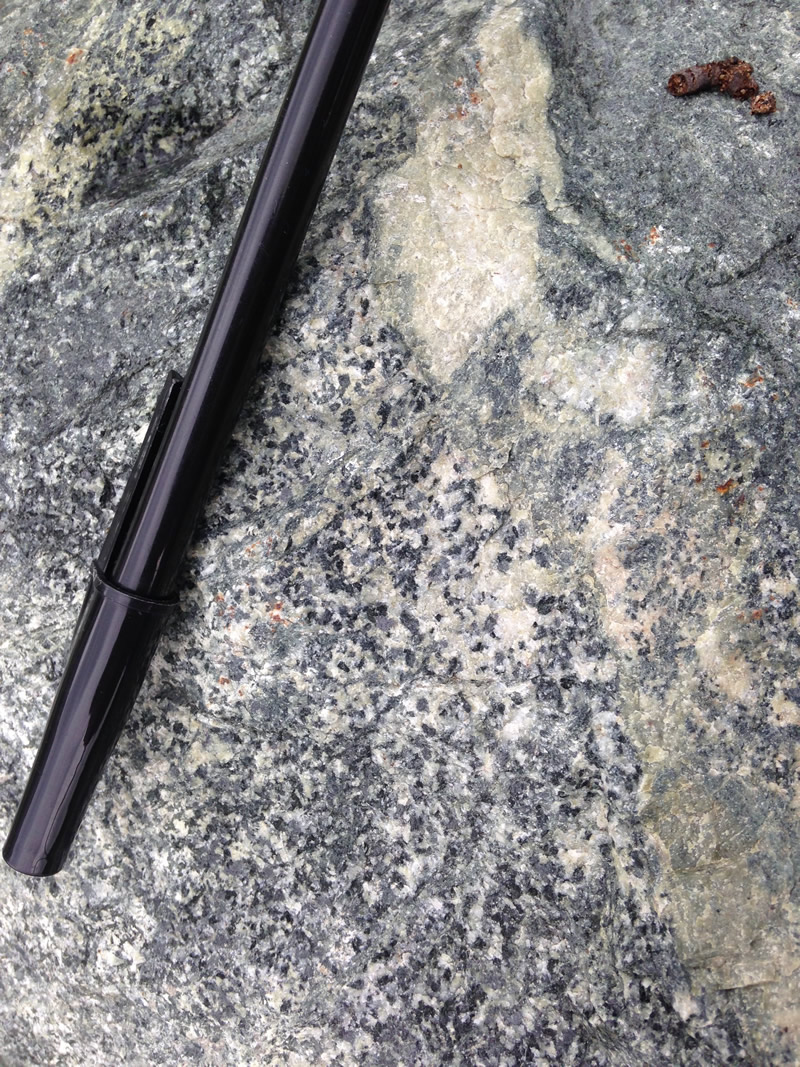 Figure 4: A diorite intrusion into the greenstone. Black ballpoint pen for scale. 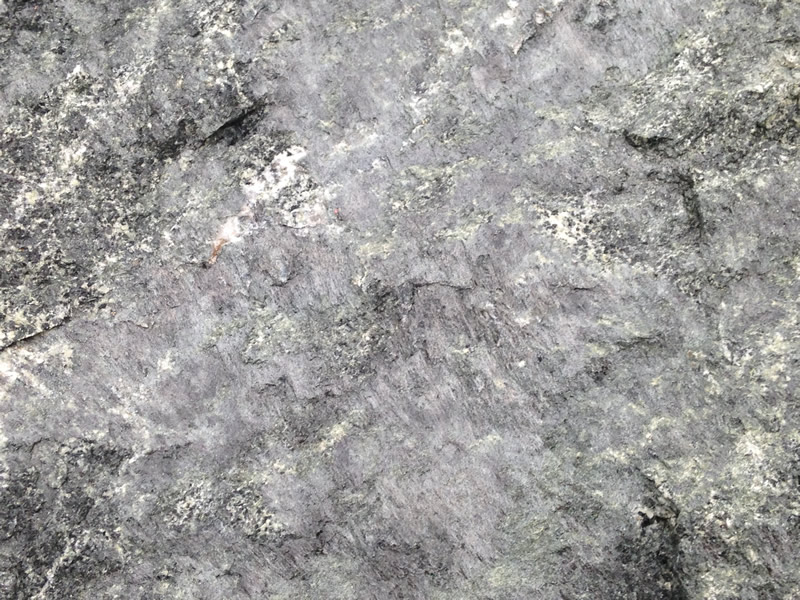 Figure 5: A close-up of the surface of the greenstone, showing the green epidote minerals and slickensides. The slickensides run diagonally from top left to bottom right in this picture 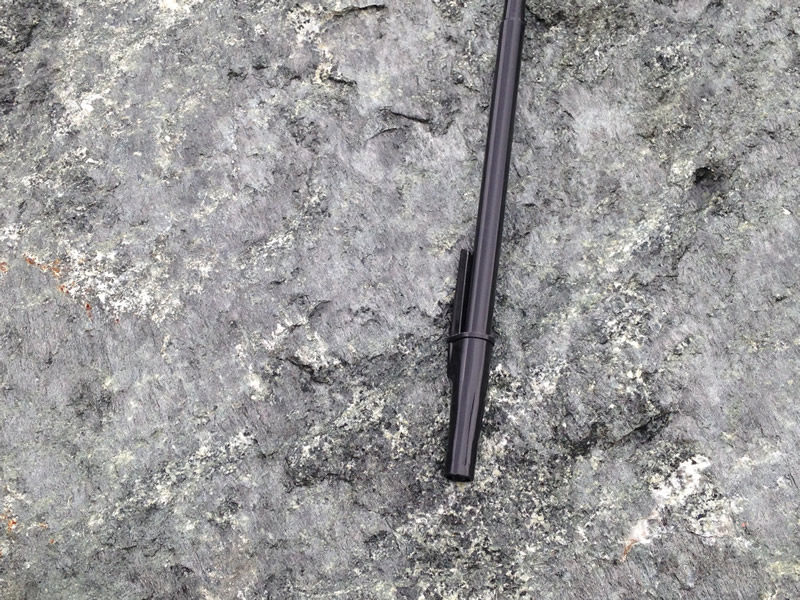 Figure 6: Another close-up showing the slickensides. Black ballpoint pen for scale. Based on the way the slickensides end, geologists can tell that this block would have moved up relative to the block on the other side of the fault 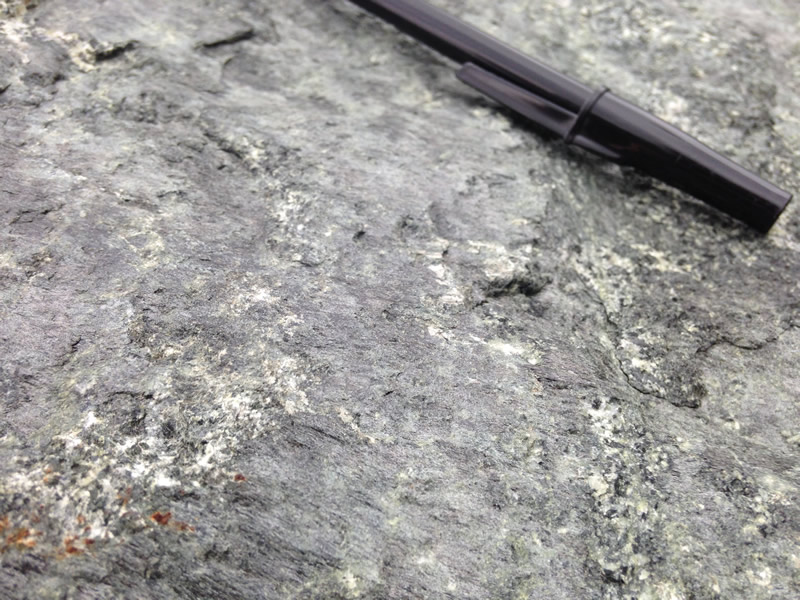 Figure 7: A third view of the slickensides, this time from an oblique angle. Black ballpoint pen for scale.

How did it form?
Greenstone is a rare foliated metamorphic rock that forms when oceanic crust rubs against the overriding plate as it subducts at a subduction zone. The metamorphism is due to intense pressure but relatively low heat, giving it a strange weak foliation.

How would a geologist figure out how it formed using rock characteristics?
Foliation is a feature of metamorphic rocks that metamorphose under intense pressures. The green color of the minerals in this rock and the small size of the minerals suggest that during metamorphism there was less heat present than usual. The only place on Earth where you can have high pressure but low temperature (a rare combination) is at the accretionary wedge (i.e. near the surface, where the subducting plate is rubbing into the overriding plate) of a subduction zone.

Other interesting information?
Rocks like these are relatively rare worldwide.