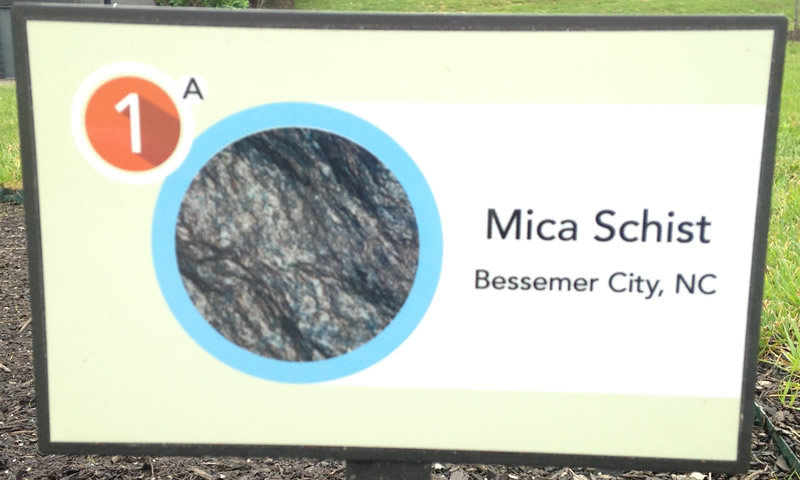 Description:
Shiny silver and gray rock.  The rock is round, but looks sort of squished into layers.  If you look closely at the surface, you can see different minerals reflecting light. 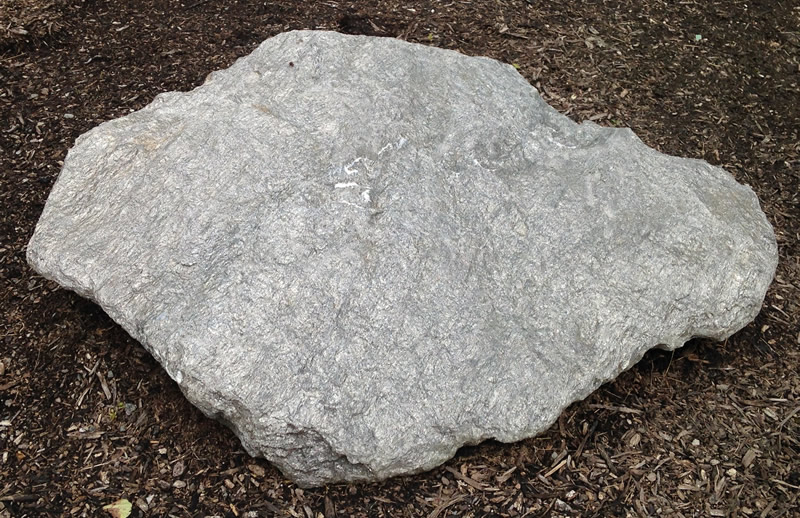 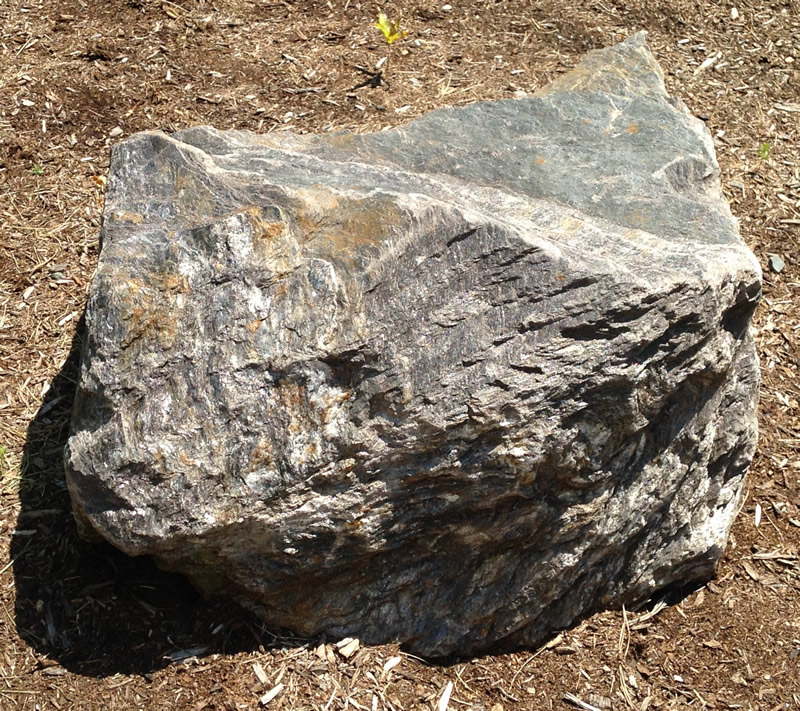 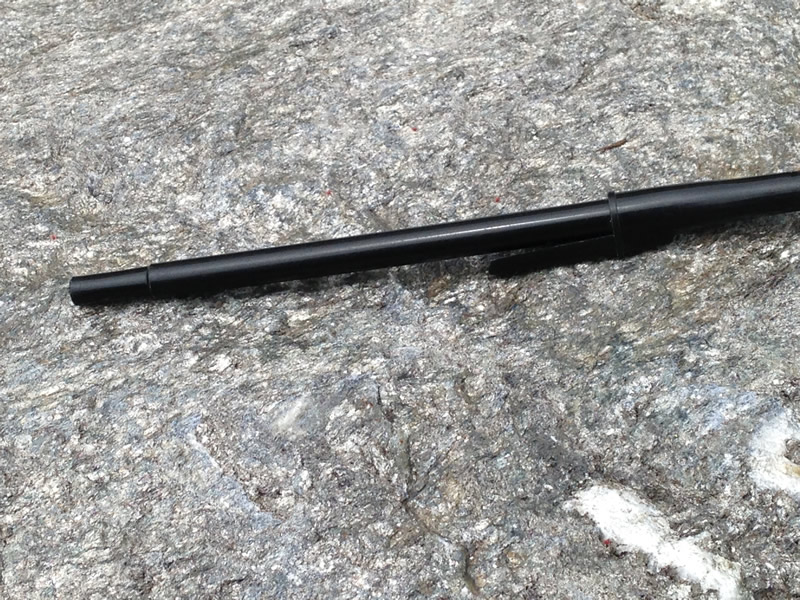 Figure 3: A close-up of the mica schist showing the muscovite micas (very reflective silver and gold) on the surface. Black ballpoint pen for scale. 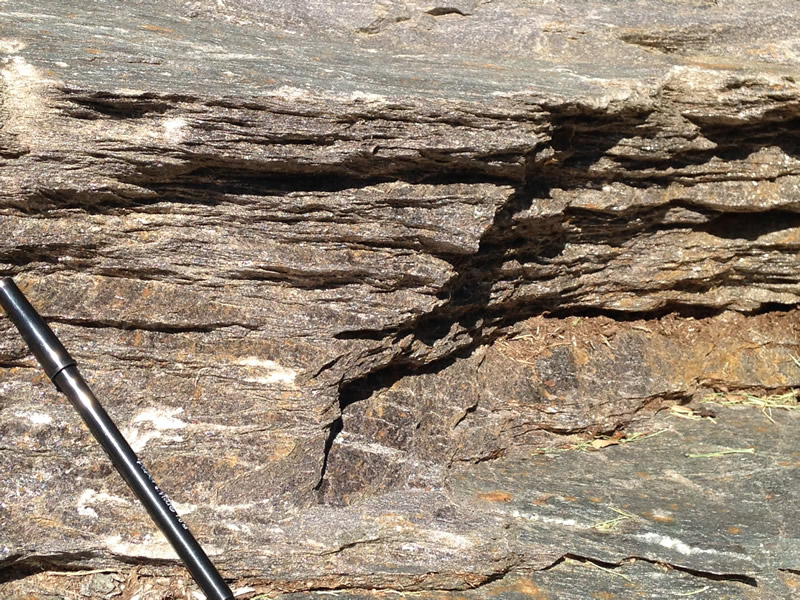 Figure 4: This image of the mica schist shows some of the foliation, which are layers running horizontally across the image. Black ballpoint pen for scale.

How did it form?
Mica schist is a metamorphic rock that formed through the intense heat and pressure that were generated when Africa and North America slammed together to create Pangaea, about 275 million years ago.

How would a geologist figure out how it formed using rock characteristics?
Foliation is a rock characteristic that looks like fine layering in the rock. These layers form during metamorphism, and often make the rock look like it might break into thin sheets. The foliation forms due to minerals being squished and flattened by the intense pressure that exists during metamorphism, and by flat minerals (like micas) being rotated to line up perpendicular to the pressure. The presence of foliation will tell a geologist that this rock experienced the intense heats and pressures required to cause the minerals to squish and rotate in this way. The only natural forces known that can cause foliation like this are continental collisions.

Other interesting information
If you look closely, you might notice that some of the foliation layers have been folded further, which is evidence that a second collision or metamorphic event occurred on this rock after the foliation formed. 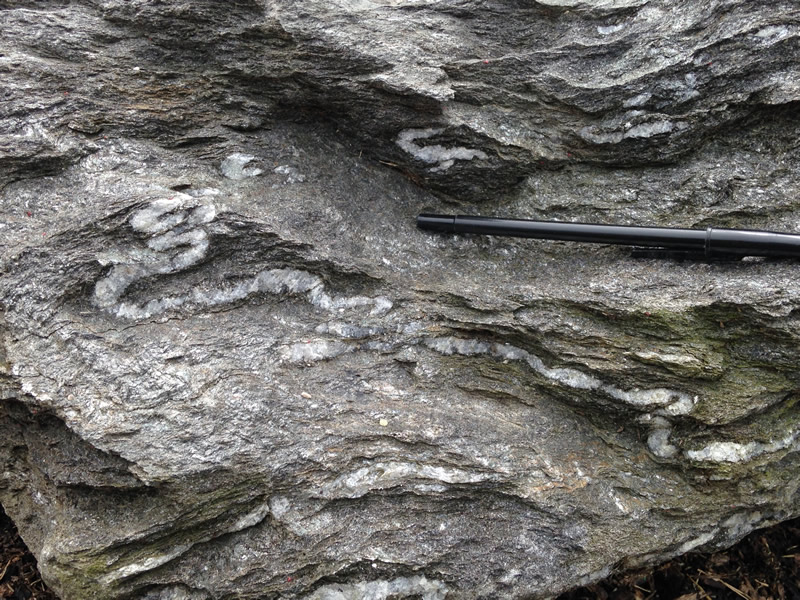 Figure 5: A close-up of some of the foliation, showing how the foliation is folded. Also apparent is a thin white vein of quartz that was most likely straight when it formed, but has been folded into very tight folds due to the intense pressure during metamorphism.  If we assume that this vein was once straight, how far do you think this rock been squished? 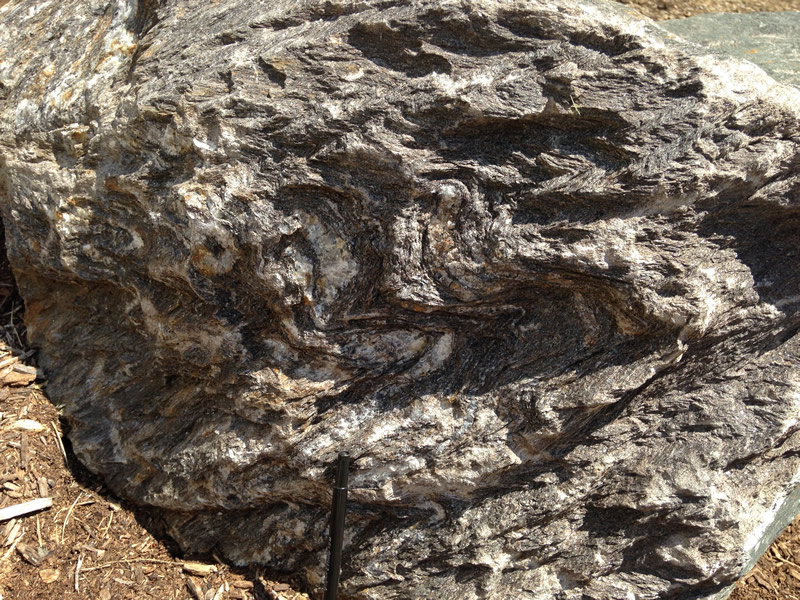 Figure 6: This image shows heavily folded foliation, which suggests a second event caused the foliation to fold after it had already formed. 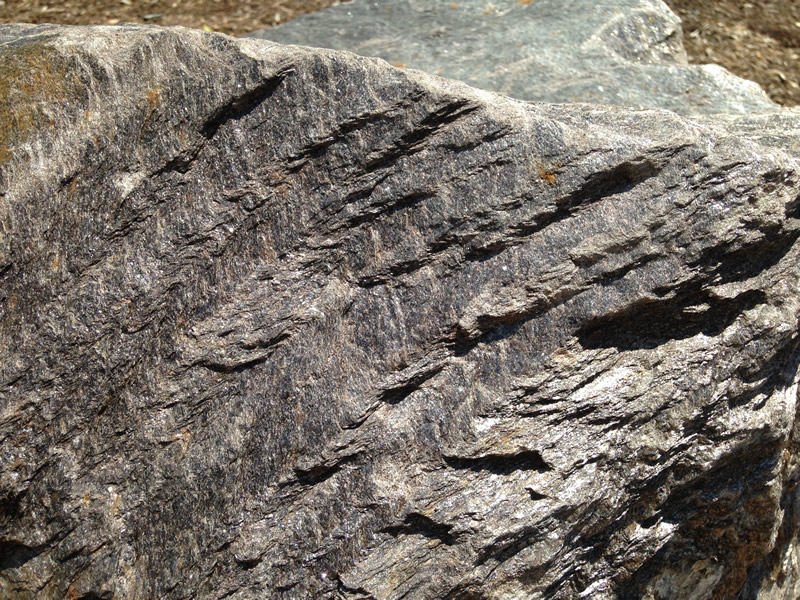 Figure 7: Another image of the folded foliation. This part of the rock broke across foliation planes, so we have a unique view of the three-dimensional nature of the folding in the foliation.