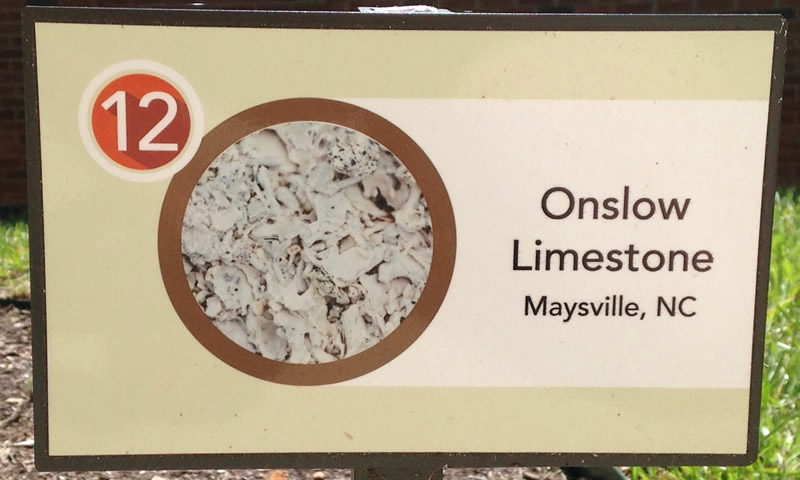 Description:
A white rock composed of broken fossil pieces that are laid out in layers.  The fossils are generally loosely cemented together with white calcite cement, but there are places where the cement is more extensive. The fossil pieces are all roughly gravel sized, about the size of the tip of a finger or smaller. 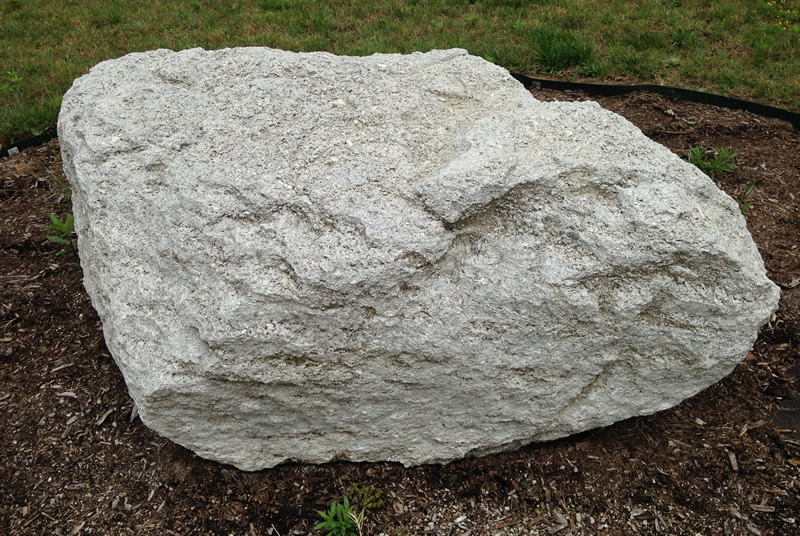 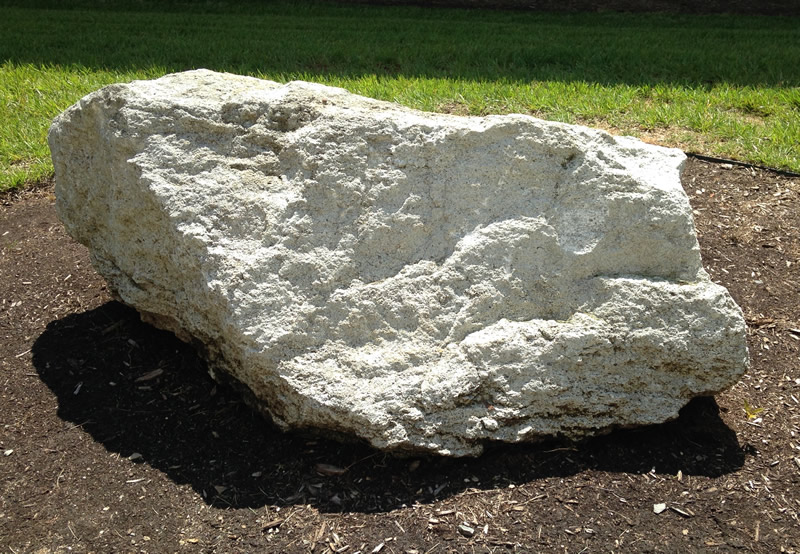 Unique features:
The main features to notice in this rock are the broken fossils arranged in layers. The fossils that make up this rock include shell and skeletal material from most groups of invertebrate marine life, including scallops, clams, snails, corals, and sponges. Shark teeth may also be found in this rock. Most of the fossils are unidentifiable because of the extent to which they are broken. 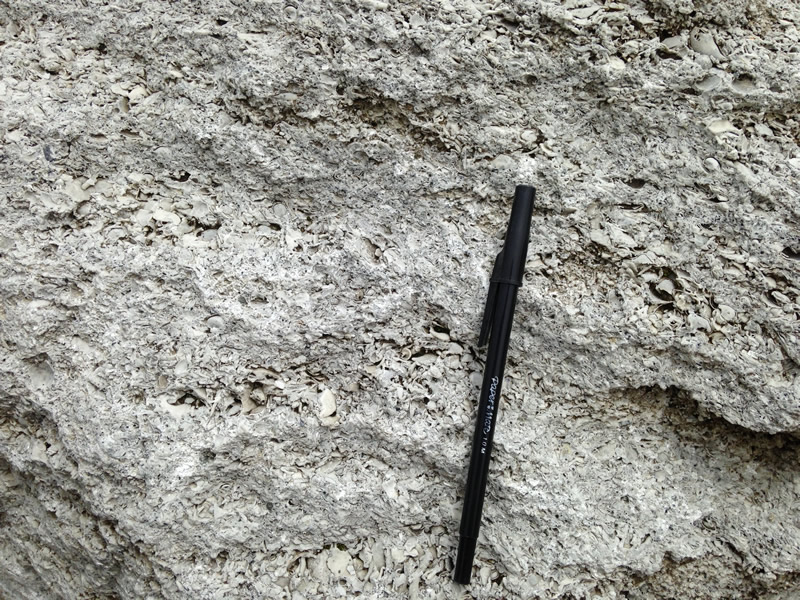 Figure 3: The surface of the Onslow Limestone, with black ballpoint pen for scale. Notice how the fossils are arranged in layers, and how some sections seem to have more holes than others. These 'hole-filled sections' have less cement holding the fossils together than is found in the more-solid-looking sections. 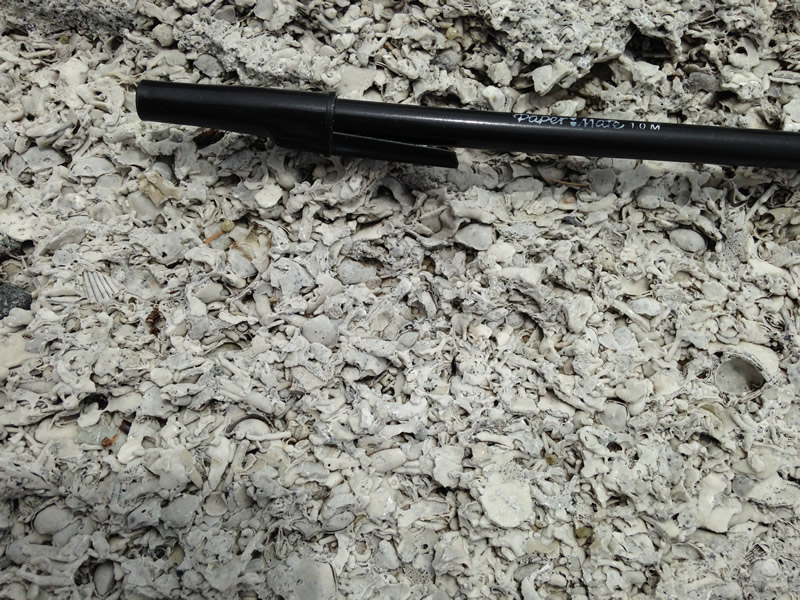 Figure 4: In this detail image, you can see the size of the fossil pieces. Each is about the size of the tip of a finger or smaller. You may also notice many different shapes; these reflect the different organisms that made each fossil. 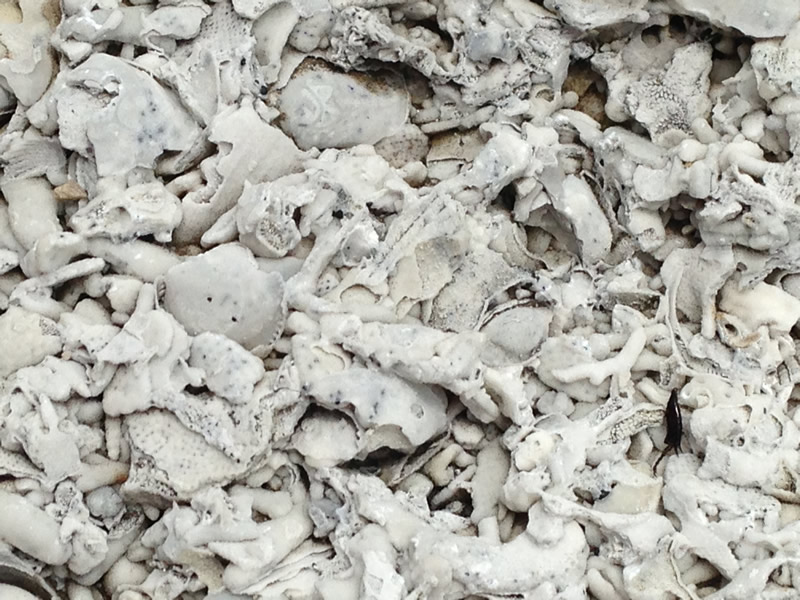 Figure 5: In this detail view of the limestone, you can really see how broken and worn down the different fossils are. You can also see how many different shapes there are, each of which correspond to a different fossil organism.

How did it form? Sedimentary rocks like limestone form when rock-making debris (in this case, fossils) accumulate and become cemented together to form a solid rock. Based on the sizes of the fossils and the fact that they are broken (instead of whole), these fossils were probably transported a long distance by flowing water and then were deposited in an environment with energetic water, such as on a beach with crashing waves.

How would a geologist figure out how it formed using rock characteristics? Laboratory experiments have shown that when sedimentary particles, such as the fossils in this limestone, are transported by flowing water, the sediment rolls along the bottom, bumps into other pieces of sediment, and gets banged up by the transport. All of this movement and bumping causes the edges of the fossils to break off or wear down over time. Therefore, the amount of wearing and breaking on the edges of the fossils can give us a rough estimate of the length of time they spent being moved by water before being deposited to form the rock. Since the edges of the fossils in the Onslow Limestone are broken up and worn down, this suggests that they experienced extensive transport before deposition, in order to give them time to become as broken and worn as they are.

Other laboratory experiments have shown that the amount of movement and energy a body of water has determines which sizes of sediment it can carry and which sizes of sediment deposit out because they are too heavy to be carried. These experiments have demonstrated that the faster the water flows, the more energy it has, and therefore the larger the sediment the water will move. The slower the water flows, the lower its energy; low energy water can only move the smallest of sedimentary particles, so the larger sizes of sediment deposit out of low energy water. The fossils in the Onslow Limestone are predominantly gravel-sized. Gravel is a large grain size that requires water with high energy to be moved, and gravel will deposit out any time the energy level drops.  Additionally, there are no fossils that are smaller than gravel, which suggests that the water must have been highly energetic when the fossils were deposited; if the water had lower energy during deposition, smaller sedimentary particles would have been deposited as well.

The fact that the fossils are arranged in layers in the rock suggests that not all of the fossils were deposited at the same time. There are two potential hypotheses that could explain what we observe in this rock: 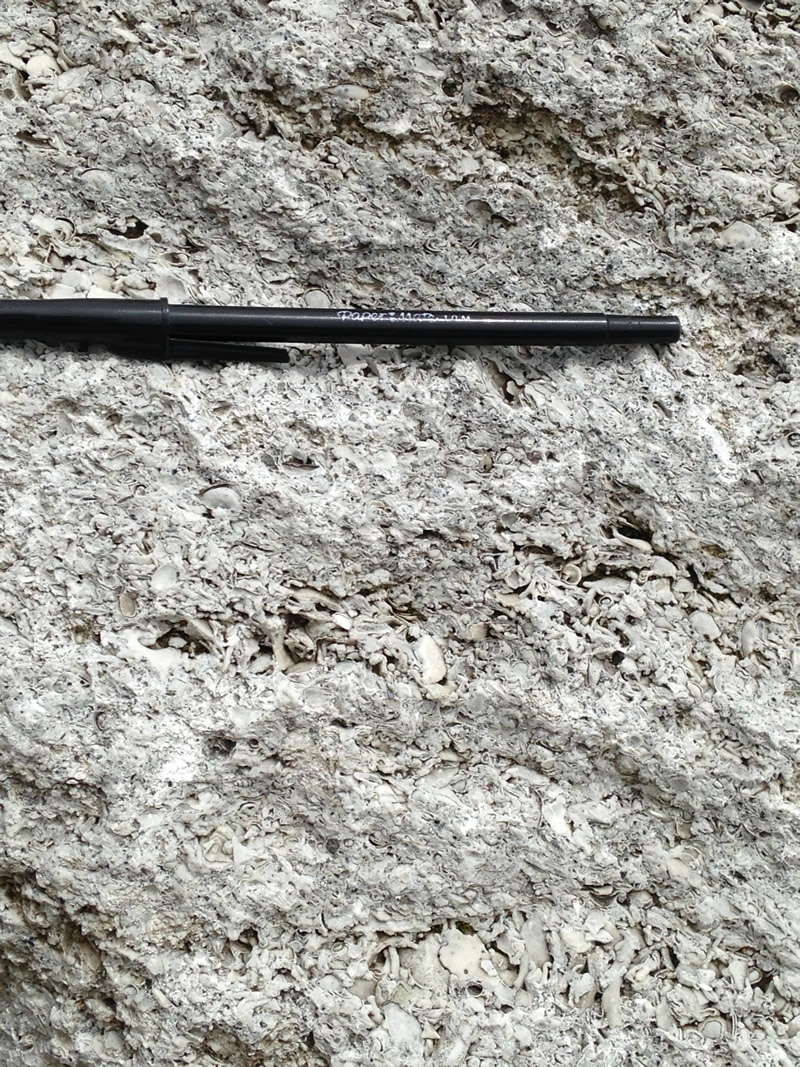 Figure 6: Another image of the layers of worn down and broken fossils in this limestone. Do you think it formed as successive storm deposits, or during continual slow accumulation at the beach?