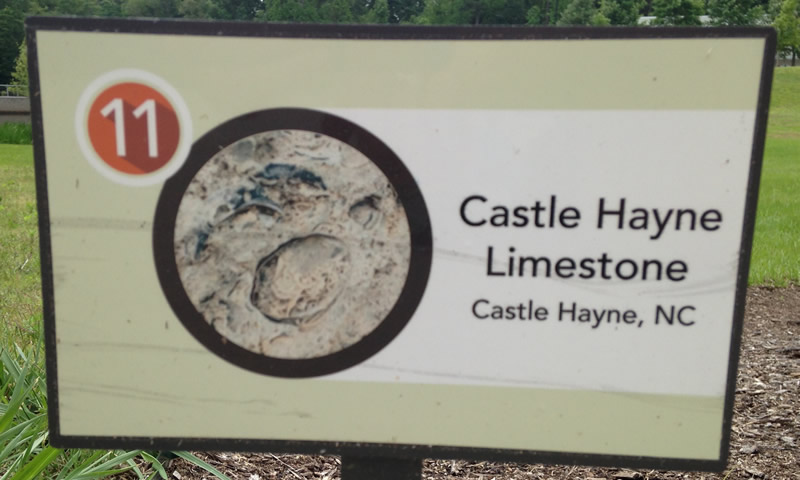 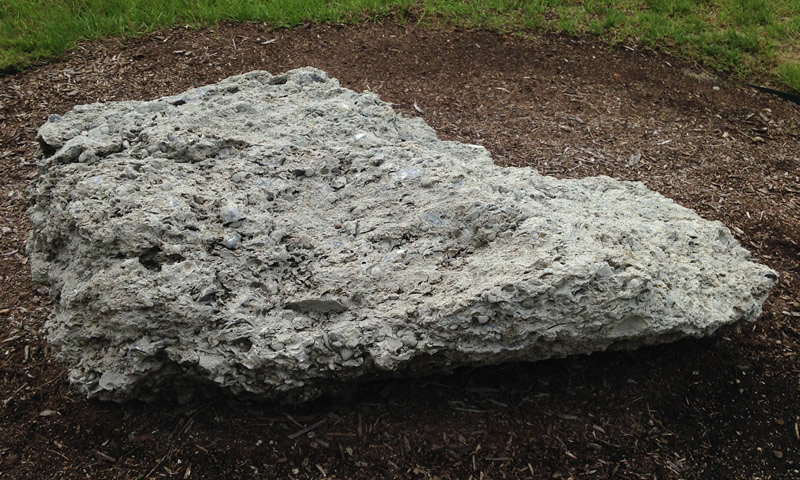 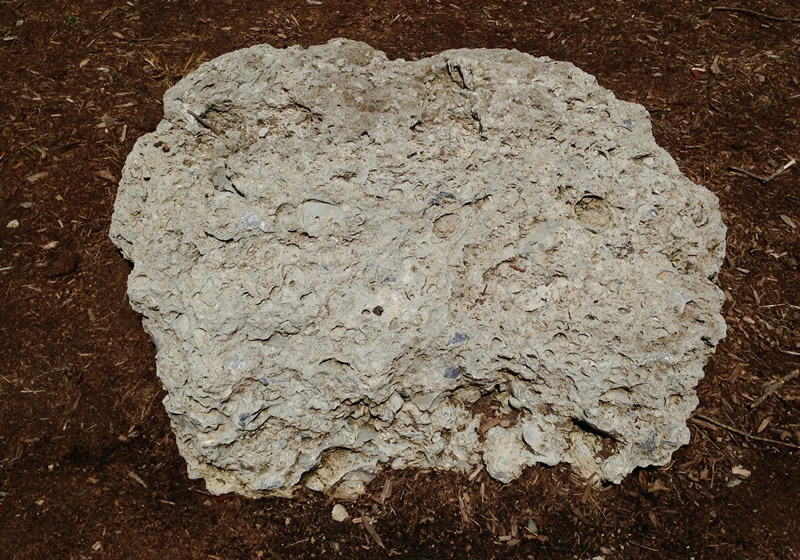 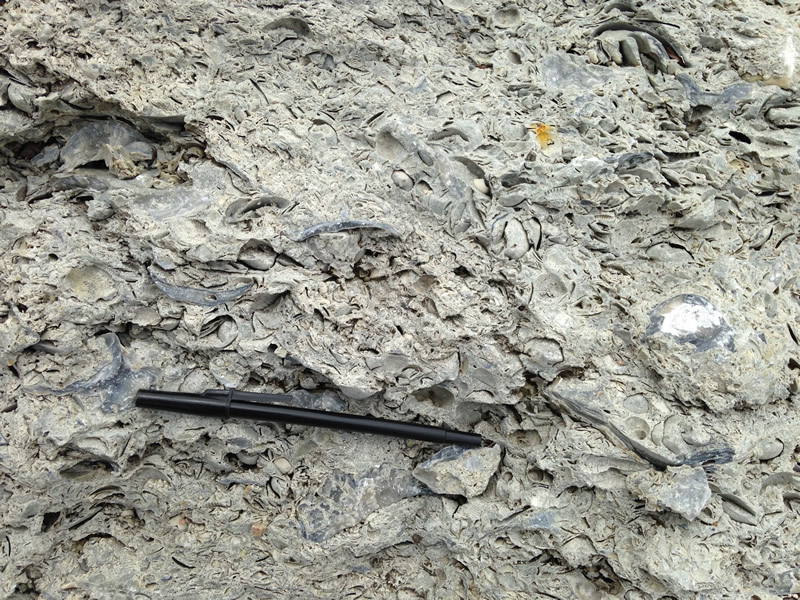 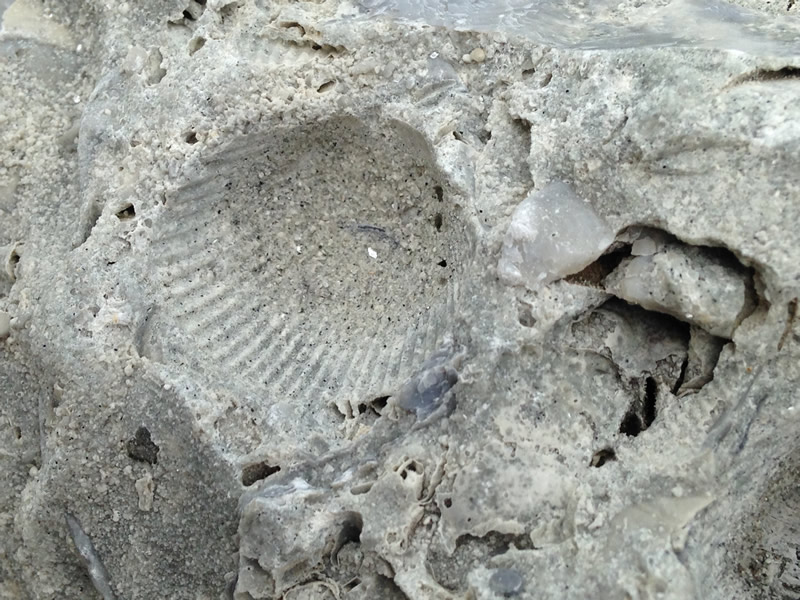 Figure 4: Detail of an impression made in the mud by a ridged shell. 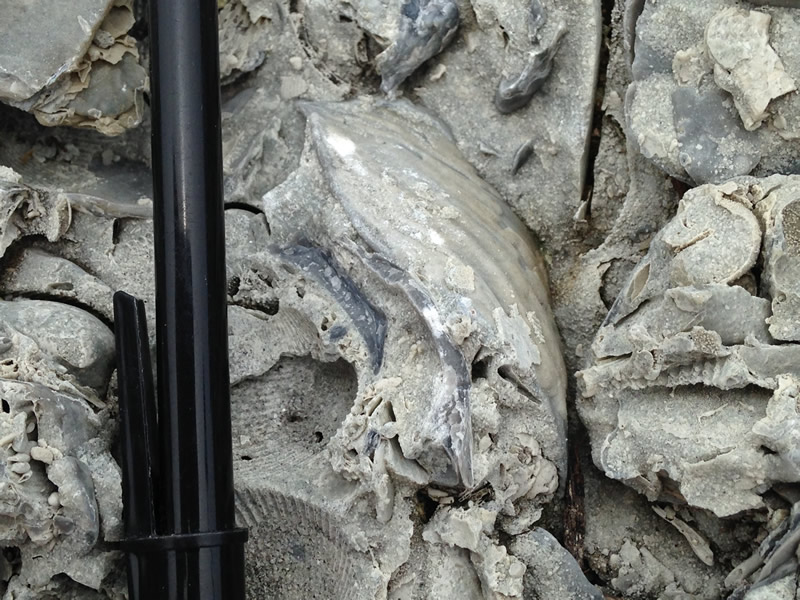 Figure 5: Detail of preserved shell material, just to the right of the black ballpoint pen.  You can also see more shell impressions and other pieces of shell. 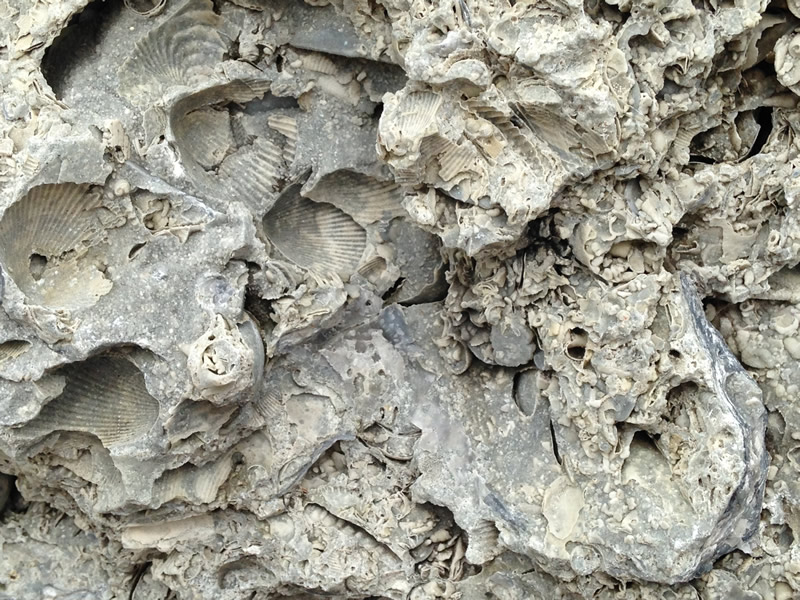 Figure 6: Another detail image showing some of the other ways that shells are found in this rock: impressions, preserved shell material, cavities, etc.

How did it form?

Sedimentary rocks form when debris accumulates and then is cemented together. The Castle Hayne limestone formed when shelly ocean invertebrates died and their shells and other skeletons accumulated in mud found on the ocean floor. The shells and mud lithified over the course of many years as they were buried beneath more mud and shells.

How would a geologist figure out how it formed using rock characteristics?
Examining the rock, we can see complete shells of all sizes embedded in white calcite mud.  Laboratory experiments have shown that mud only settles in very calm water, such as in the ocean deep below where the waves move. Because the larger shells are embedded in mud, it suggests that this rock formed in an area of the ocean near a reef (to provide the shells) but deep enough below the surface of the water for the waves to not have much effect on the sediments that are deposited there.

Additional experiments have shown that when shells are moved by water over long distances, the shells roll and bump into each other, becoming chipped or broken as they move. The shells in the Castle Hayne limestone are almost all complete, and are not broken or chipped. This suggests that the shells in this limestone were not transported any great distance before being deposited. This line of evidence supports the hypothesis that this rock formed in relatively still water below the depth where the water is moved by waves, near a reef.

Other interesting information?
The Castle Hayne limestone quarry has produced an incredible amount of rock that has been crushed into gravel and sand for construction. In fact, rock from this quarry is so plentiful that it was used to pave I-40 in North Carolina from the coast to the mountains, and the quarry is still producing stone.