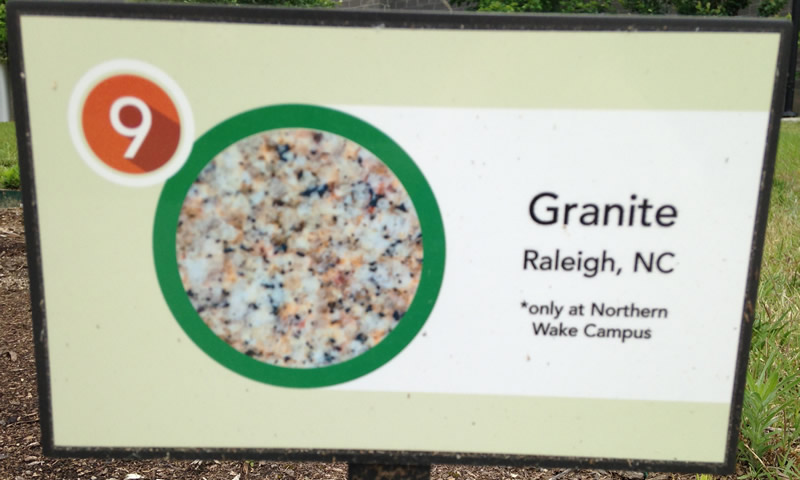 Description:
A blocky yellow-orange rock with speckles of white, black, and tan.  The surface of the rock is rough and brittle, and pieces fall off easily. 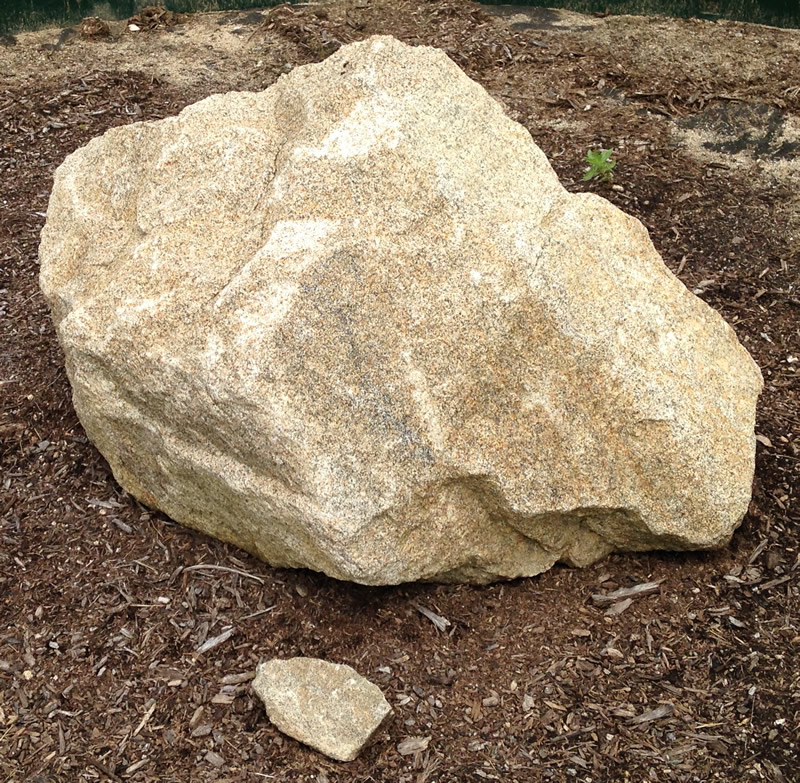 Figure 1: The Rolesville granite as it looks from the path.

Unique features:
The visible grains (although these grains are smaller than those on some of the other coarse-grained igneous rocks in the Outdoor Geology Lab), and the brittle nature of the surface of this rock. 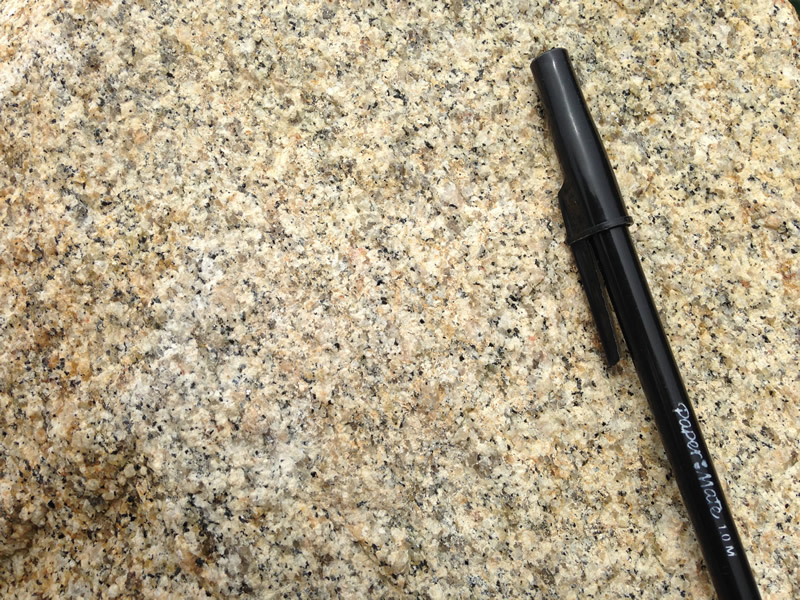 Figure 2: The surface of the granite, with a black ballpoint pen for scale. 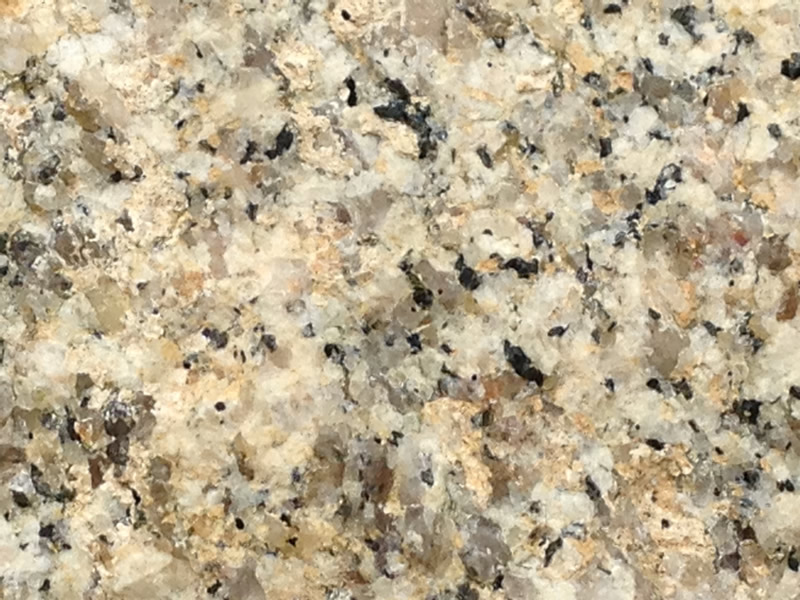 How did it form?
Granite is a coarse-grained igneous rock, which means that it forms from the slow cooling of magma deep within the Earth’s crust. The light colors of the minerals found in granite show that the magma probably formed from the melting of continental crust.

How would a geologist figure out how it formed using rock characteristics?
Laboratory experiments have shown that the length of cooling of magma determines the size of the resulting mineral grains; the longer the cooling, the larger the minerals are able to grow.  In the case of this granite, the minerals are visible but are not very large, maybe a few millimeters in length at their largest. The magma that cooled to form this rock cooled slowly underground to allow the minerals to grow that large, but the rate of cooling was faster for this rock than for most of the other coarse-grained igneous rocks in the Outdoor Geology Lab, since most of those have much larger mineral grains.

Other interesting information?
Since its formation, Rolesville granite has been subjected to slow but constant chemical and physical forces working to break it down. These forces are called “weathering.” The Rolesville granite is particularly heavily weathered.  Evidence of the weathering includes the rough surface texture and fractures that run through the rock. Additionally, the surface of the rock is brittle, allowing small pieces of the surface to break off periodically. 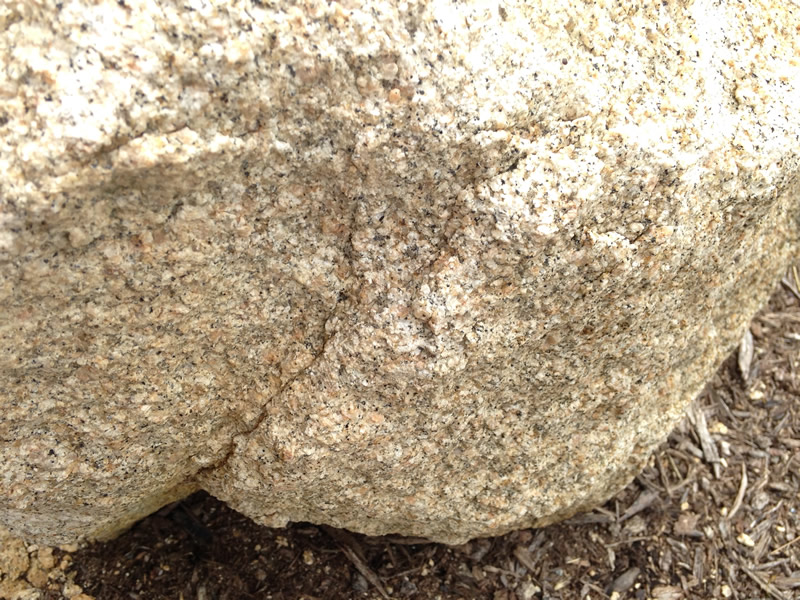 Figure4: Rolesville granite formed underground and is still mostly located underground, but even so, chemical and physical processes are acting on it to break it down to turn it into soil. This image shows the brittle nature of the surface of this rock as well as a fracture; both are the results of weathering. 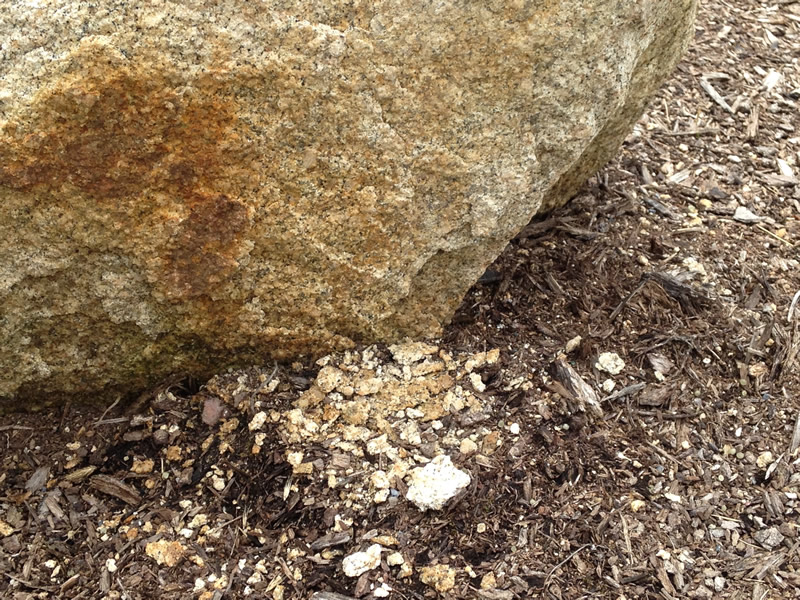 Figure 5: This little pile of sediment at the base of the boulder fell off naturally due to weathering.

Rolesville granite rocks were discovered during digging and blasting during the construction of Building NH on North Campus. There is no corresponding boulder at Southern Wake Campus, but other examples of this same boulder can be found as decorative stones around NH. This granite is officially called “Rolesville Granite” for how common it is near Rolesville, NC. It is the rock that is found under our feet at Northern Wake Campus.