4a. Gabbro from Concord, NC

Description:
A dark gray to black boulder. If you look closely, you will notice that the dark color is actually due to large speckles of gray, green, and orange minerals. 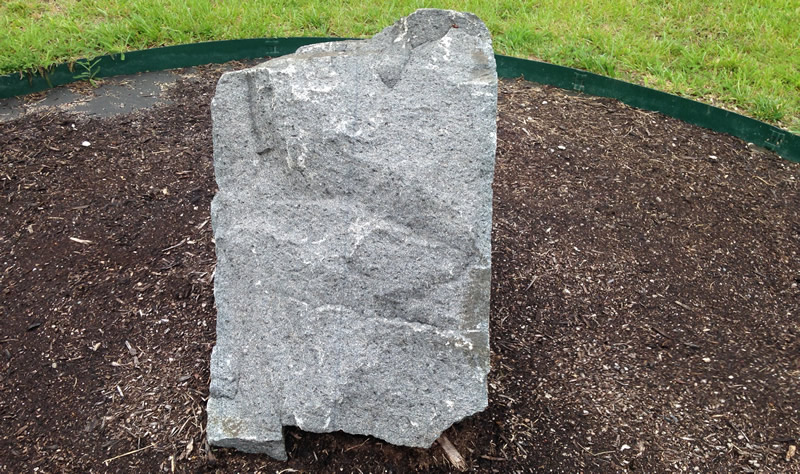 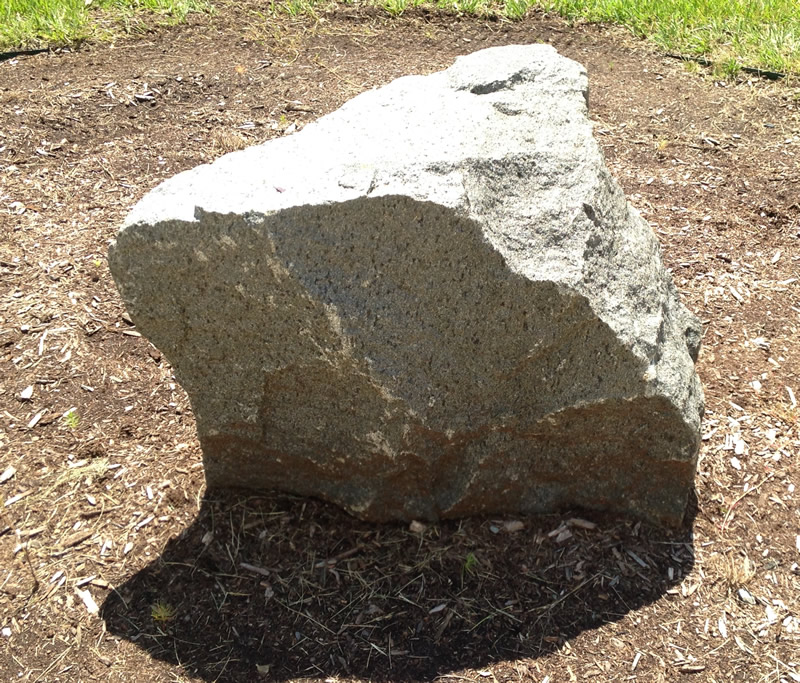 Unique features:
The dark color, which is unusual in North Carolina, and the large shiny minerals. 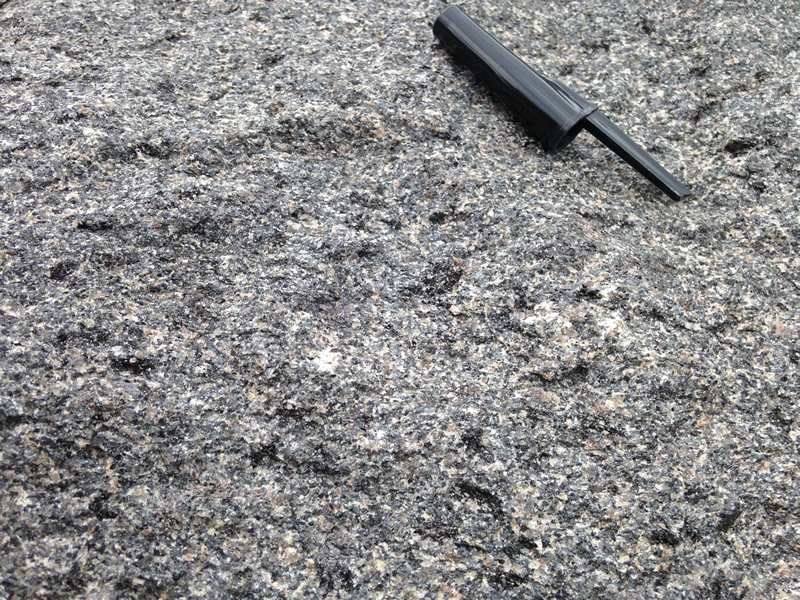 Figure 3: Close-up of the gabbro showing that the dark color is actually due to a variety of dark-colored minerals. Black ballpoint pen cap for scale. 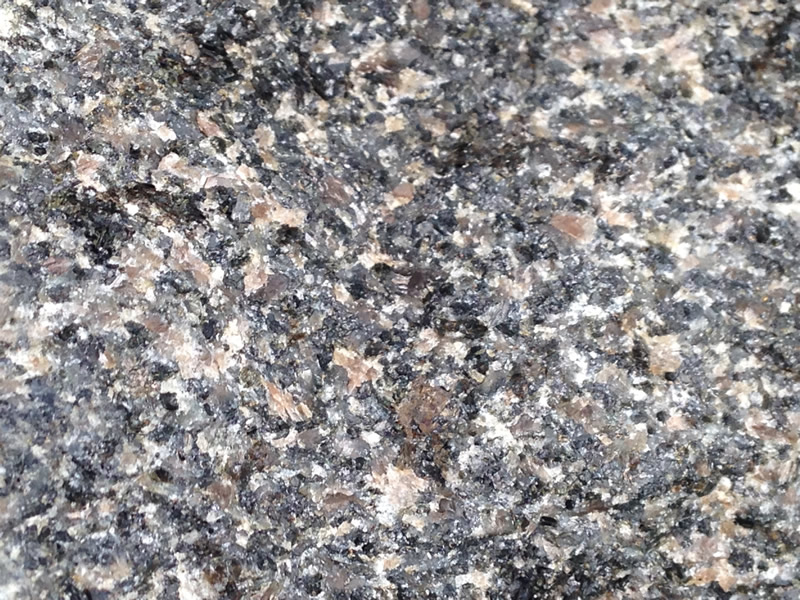 Figure 4: An extreme close-up of the gabbro showing the different minerals. In this image, you can see plagioclase feldspar, biotite, garnet, pyroxene, amphibole, and hornblende.

How did it form?
Gabbro is a coarse-grained igneous rock that forms when iron-rich magma cools slowly deep within the Earth. The presence of gabbro in North Carolina is evidence of the divergent boundary that once caused ancient supercontinents to split up.

How would a geologist figure out how it formed using rock characteristics?
Laboratory experiments have demonstrated that when molten rock material cools quickly, minerals in the resulting rock are very small, often microscopic. The longer the molten magma is allowed to cool, the larger the minerals in the resulting rock become.  The visible grains in the gabbro therefore suggest that the molten material that was to form the gabbro cooled slowly in a warm environment deep in the earth’s crust, allowing the crystals time to grow to their large-enough-to-be-seen size.

The dark color of gabbro indicates that it has a chemistry that includes a lot of iron and magnesium. These are common elements on Earth, but they are rare in continental crust. This composition of rock is most common in the oceanic crust and the internal layers of the Earth. We find this composition of rock forming at divergent boundaries, where the crust splits apart and molten magma from the Earth’s mantle rises to fill the gap. Given that this rock is rich in iron, it suggests that it likely formed during an episode when continental crust was rifting apart, such as when a supercontinent broke apart.

Other interesting information?
The quarry where we found the gabbro considers it a waste rock, as they are more interested in the granite that the gabbro cuts through. Gabbro is not commercially viable for construction purposes because of how dense it is, due to the high content of iron. The high density means that when sand from these rocks is incorporated into cement, it sinks out of the mixture, resulting in poor-quality concrete.